International Jury of the 23rd International Video Festival Videomedeja in 2019. with the following members: Martijn Winkler from Netherlands, Dave Lojek from Germany and Petar Mitrić from Serbia has made the following decisions:

The Sphinx Award for the best Video: 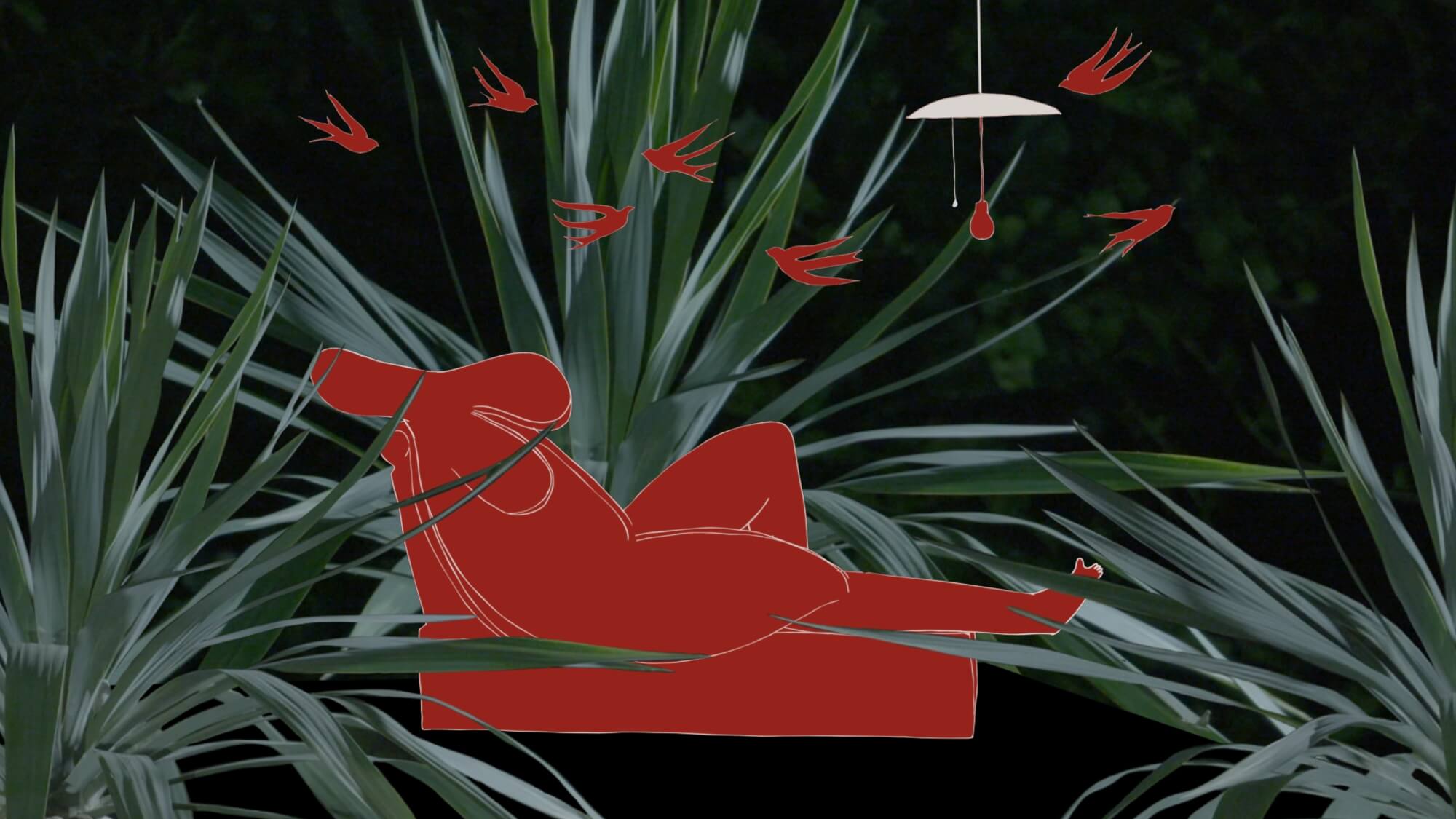 A short film that is both a loving portrait of the artist Marija Ujević Galetović, her work and her legacy within Croatian art history, as well as a personal artistic expression of the filmmakers themselves, in which they expand upon the artist’s work with their own visual style using different animation techniques. The jury was struck by the urgency of the story told: about the value of art, the role of women in the art world, and the way little moments in real life can be the basis of deep inspiration. The film is lovingly crafted and offers a rich tapestry of animation styles, all the while heightening and commenting on Galetović’s sculptures. The viewer senses that the two filmmakers, artists in their own right, are indebted to Galetović’s work, but are now ready to depart from her influence, creating their own styles and artworks. The jury hopes the film can function as an accessible introduction to this artist and her work, as well as be an advocate and inspiration for female students and artists around the world.

A monumental piece that reflects on photography, memory, stream of consciousness, digitalization and the realm of algorithms. As the personal images featured in this work grow, we seem to lose connection to their literal meaning and the photos become a reality of their own, looping into an abstraction of repetition and scale. Memories and snapshots become mere zeros and ones. The piece deserves to be seen in life size projection, enveloping the audience, with the immersive and almost religious soundtrack. A profound experience that reflects on the role of the digital in our daily lives. 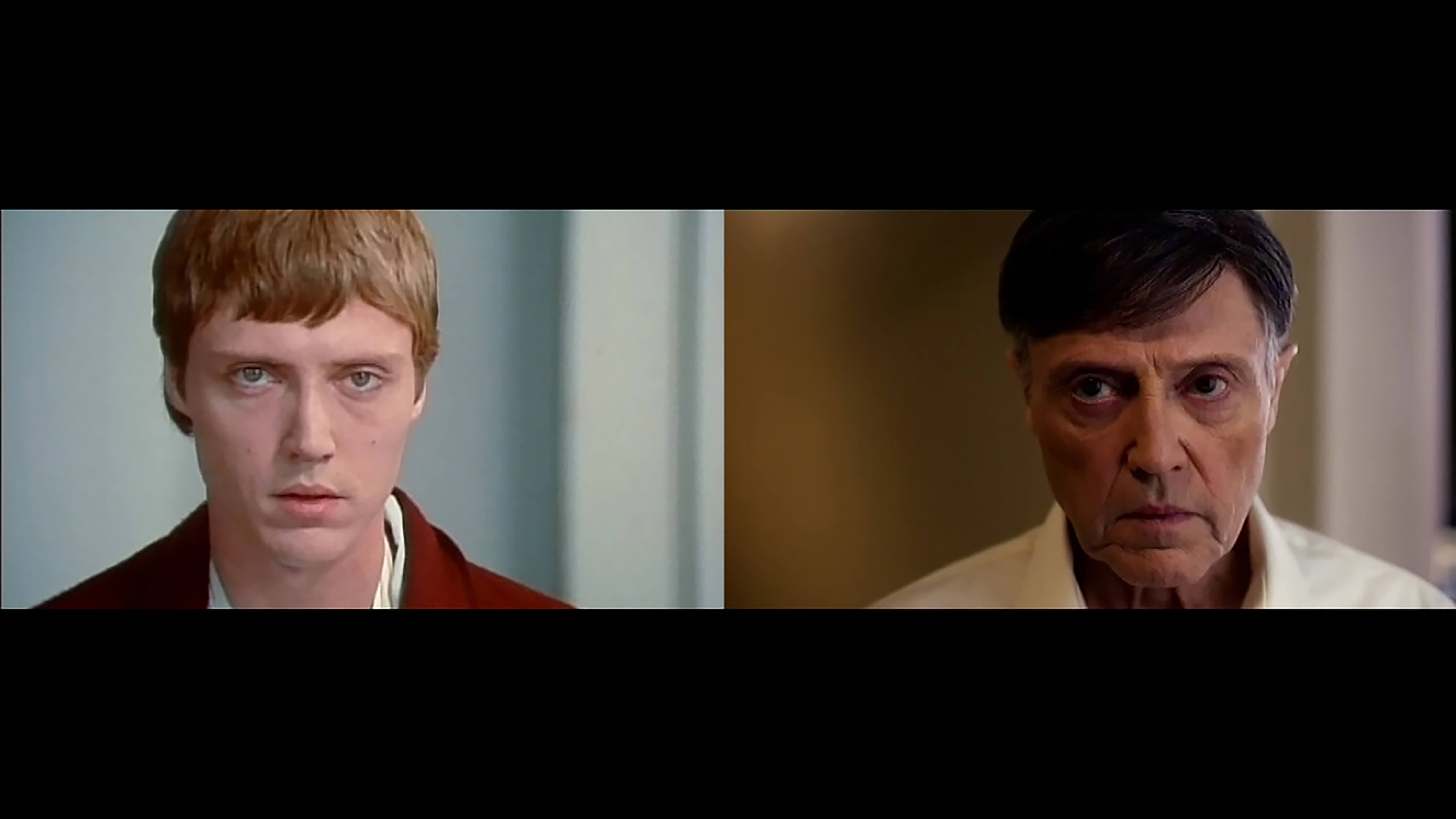 The Jury of the 23rd Videomedeja awards a special mention to Time Time by Oliver Pietsch. With his clean and simple split – screen collage author quickly establishes his theme of Film icons and their ageing process. Very short exerpts from old and resent works magnetize us, as we feel a deep melancholy about  the natural process of all creatures to age and wrinkle. Stylistically solid and layerd, TIME TIME sets a very high standard for all collage artists where quality, emotional core and message clarity are concerned. You will not perceive the 23 minutes of this piece as long, but likely crave for more. 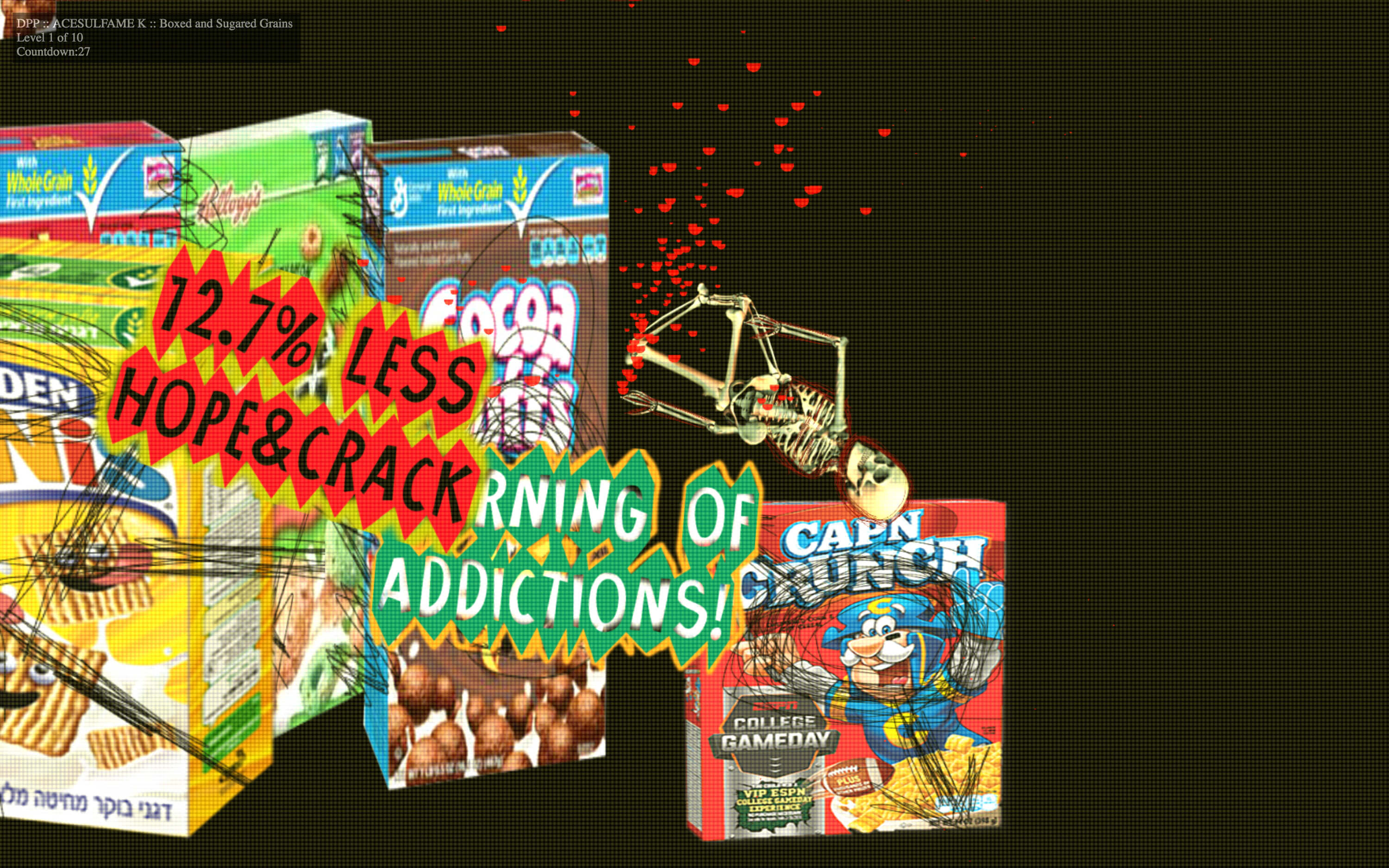 For his interactive web-based installation Acesulfame K, the jury of the 23rd Videomedeja awards a special mention to Jason Nelson from Australia. This playful and iconic world displays a skeleton tumbling  down a pit of trash, made of food packaging. Every collision with an object elicits a text to popup on the screen. We are made aware of the chemicals we consume on a daily bases which will certanly contribute to our diverse constanse on the way of death. A good example of entertaining art.