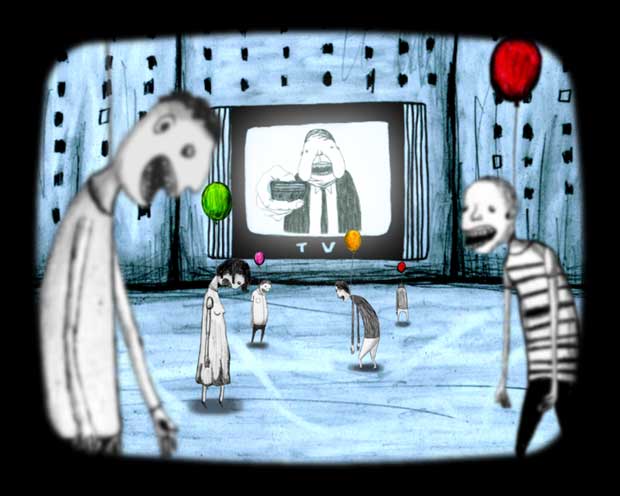 In the animated city of Hong Kong based artist Li Hong Ting, the wry atmosphere is expressed by the colourful balloons, tied around the neck of every person in the city, in order to keep their head up high. The combination of the joyful balloons and the sinister facial expressions on the heads they are lifting up, in a setting of an increasing and ‘uprising’ urban sprawl, makes a dark statement on this modern city, where the only way out seems to be found on the top of the building, as a springboard for a jump into liberty. (Jan Schuijren on behalf of Jury)

A video recorded by a security camera.