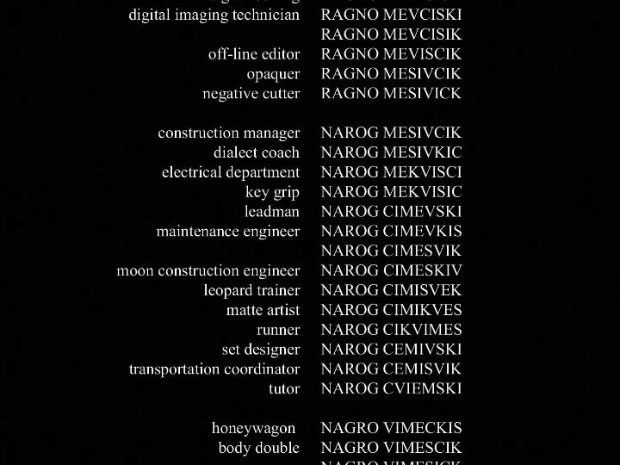 According to Buddhism, a personality is a unity of random elements held together merely by weak life forces. Their natural tendency is to return to the original multitude. It seems that the contemporary theory of games of chance and lottery function in much the same way: the number of combinations and permutations of characters in a name is measured by hundreds of thousands. The observer is responsible to bring in some sense to it all; their eyes instinctively skimming over (potent) amassing of characters and stopping at (seemingly) logical and readable combinations of characters. In another words, they do away with lines of possible sense, holding on to combinations that can readily be read from left to right.