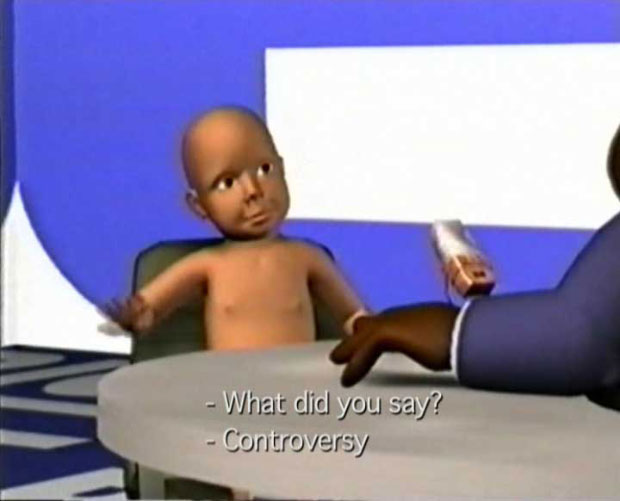 First Elections is an edited single-channel version of the installation Les Mouchoirs de Kabila. Goma (Eastern Congo), April 2005. A group of children acts out the elections that will have to take place a couple of weeks later – the first democratic elections since the independence. The ‘election game’ comes about naturally, without outside staging of any kind. There is a lot of violence in the election game. Death really manifests itself. The way in which the children imitate the discourse of the various political leaders is remarkable. The election game turns into a barometer for the current political climate in the borderline area between the Democratic Republic of the Congo (DCR) and Rwanda. After all, children have a way of repeating out loud what they heard grown-ups whisper. The relationship between local politics and the children are embodied by Bébé Rico and Bébé Elégance, two animated babies, who are advertising baby soap.