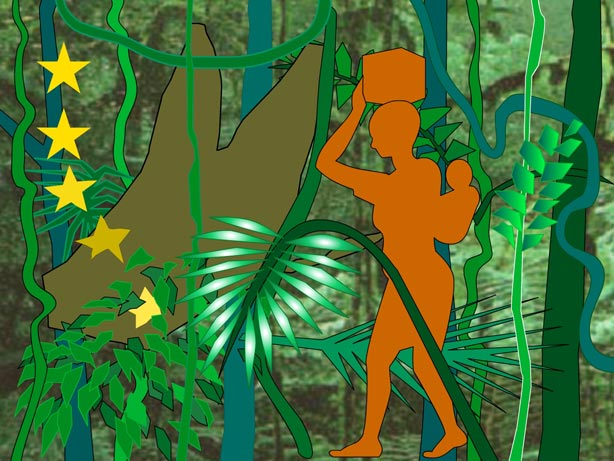 Between each two flags, scenes appear that show an aspect of the relations between the two countries. This series of animations is an exploration into the meaning of imagery on flags, aiming to create interrelated associations through questioning, reassessing, fluidizing and re-mixing of diverse national iconography. Flag Metamorphoses lays stress on the relations between nations and identities as changing ones: Only in the permanent re-creation of values, symbols and ways of life, in mixing with others and differing from others, cultures and societies stay alive. Each artist who creates a flag animation expresses such a relation in his/her own way.

Maya has a Gun