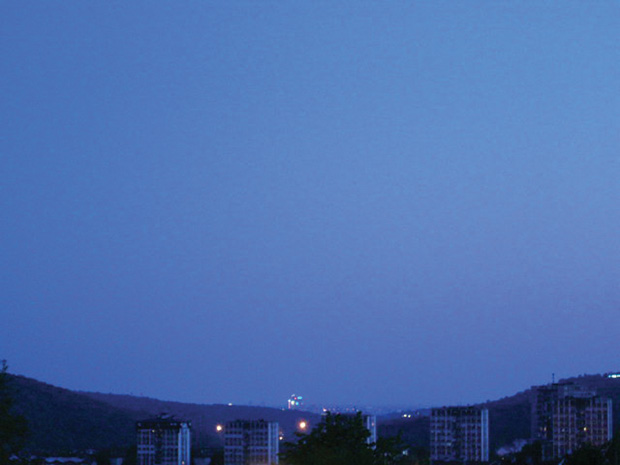 The video represents the everlasting replacing of day with night and vice versa, observed from one standpoint, focusing on one particular view. From a metaphysical point of view, it represents the passing of life, as well as the changing of everything, while the days go by. In essence, it represents life itself, observed from one balcony. It was recorded from a tripod, using the technique of time laps. Each picture has been taken every 30 seconds, and the pictures have later been merged into a video.