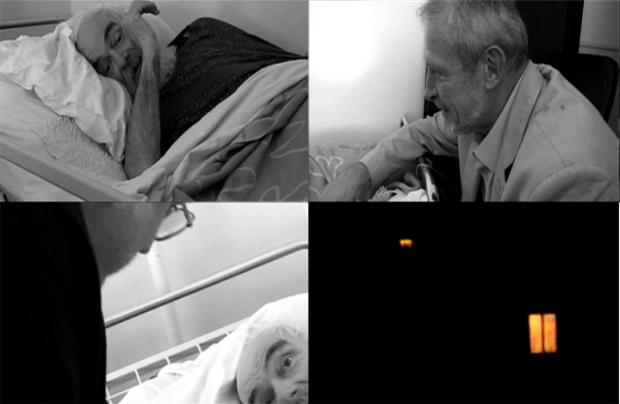 12:00, Color + B/W, Stereo, RS, 2010
Slobodan Šijan: PESMA ZA TOMA
The film was Slobodan Šijan’s response to the death of his friend Tomislav Gotovac, the great Croatian and Belgrade artist and experimental filmmaker of great critical acclaim worldwide. Šijan got the news via text message by Nenad Polimac, their mutual friend and movie critic from Zagreb, while he was watching a football game at the World Championship in South Africa. He immediately had an urge to respond by a movie- his shots of a window at night were reminiscent of Tom’s 29 and Hitchcock’s Rear Window they both loved. They were later put together with footage of visits to ailing Tom.

WHERE’S YOUR HEAD AT