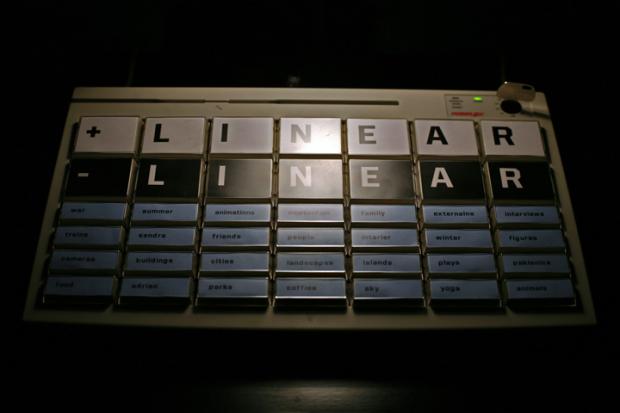 Last Super8mm film, Media installation, HR, NL, 2008
Dan Oki: Last Super8mm film
The Last Super 8 mm Film is a collection of 100 of author’s private unedited film reels shot in the period between 1986 and 2005. Instead of well shaped narrative form, refined production and technological excellence, his Super 8 films, “diaries” put in non-chronological order, seem “unfinished and common place”. They represent the ill-defined area of private life overlaps with professional and social life. Idea of self-archiving is the subject of The Last Super 8 mm Film. The logic of data indexation is in accordance with a shift of interest from personal computer to World Wide Web and S8mm is adapted to so-called folksonomy, the practice and method of creating tags to annotate and categorize content.

The Snail on the Slope