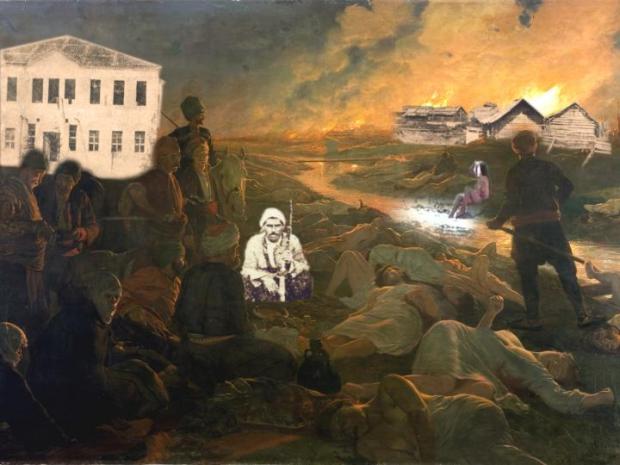 In 2007 an exhibition about the creation process of a historical painting should have been shown at a museum in Sofia. The subject of the painting is related to the massacre of Christian Bulgarians at the hands of their Muslim neighbours in 1876 – the most important national myth in Bulgaria. The curator wanted to demonstrate how art helps to create a national imagination. Bulgarian politicians and the media started a campaign against the exhibition and the curator, and claimed that they would deny the historical event shown on the painting…