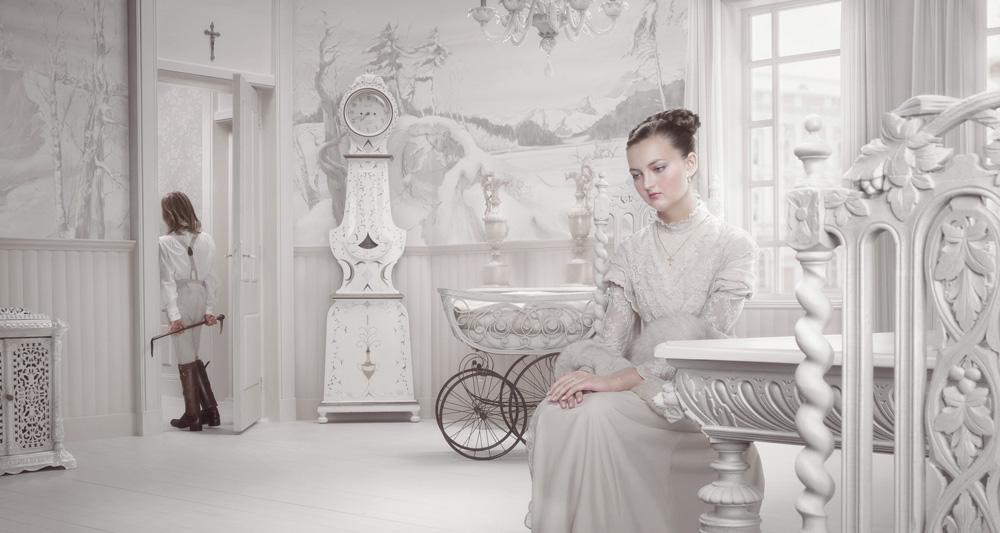 05:11, Color, Stereo, NL, 2010
‘Dawn’ is almost literally the negative pendant of Erwin Olaf’s video work and photo series ‘Dusk’. Both videos portray an ‘upper middle class’ family in a stylized home interior dating from the early 20th century. As in so many of Olaf’s works, ‘Dusk’ and ‘Dawn’ are characterized by an oppressive, almost suffocating atmosphere and an extreme degree of artificiality – the characters appear to be hiding behind a façade of suppressed emotions. Erwin Olaf made ‘Dusk’ in 2009, inspired by photos taken by Frances Benjamin Johnston, who, in 1899, portrayed a number of black American pupils in a hopeful, but perhaps also subtly contemptuous, way. ‘Dawn’ came into being later, when Olaf felt the need to create a supplement to the complex and ambiguous content of ‘Dusk’.