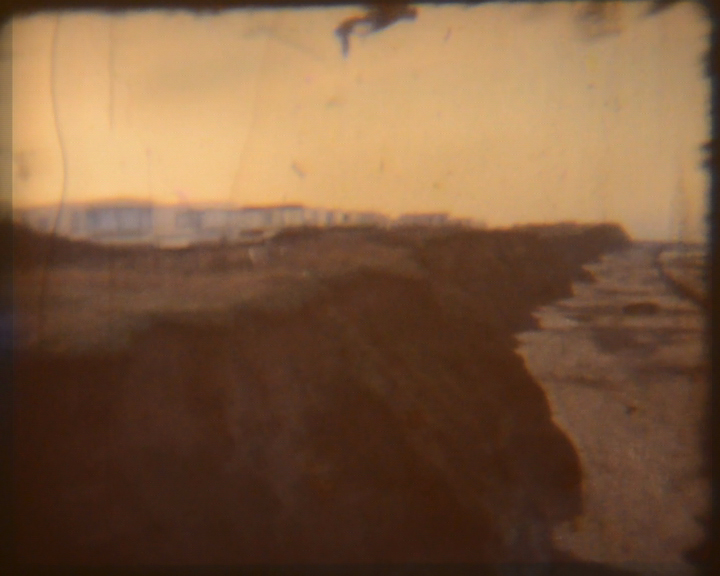 05:49, Color, Stereo, United Kingdom, 2012
Dark Night Sallies Forth was filmed at Happisburgh a village in North Norfolk, whose residencies near the coast regularly experience severe erosion and many homes that were once 20 feet from the sea now sit at the edge of a cliff. The Sea defenses that were built in 1959 to stop the tide from eating away at the coast are now in disrepair.