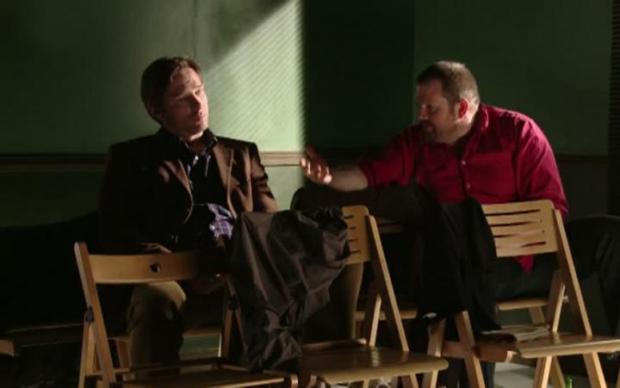 11:33, Color, Stereo, GB, 2008
The Two Teams Team is a short and multi-layered film about the differences and similarities between video art and cinema. Two actors – one specialized in film, the other in video art – are having a chat. They are in a film set, having a break. Someone gives them a beer; they are talking in the middle of props and cables. Their conversation revolves around film sets in film and video art, about the differences in budget, about emotions, the relation to fiction and reality, and about punchlines. […]