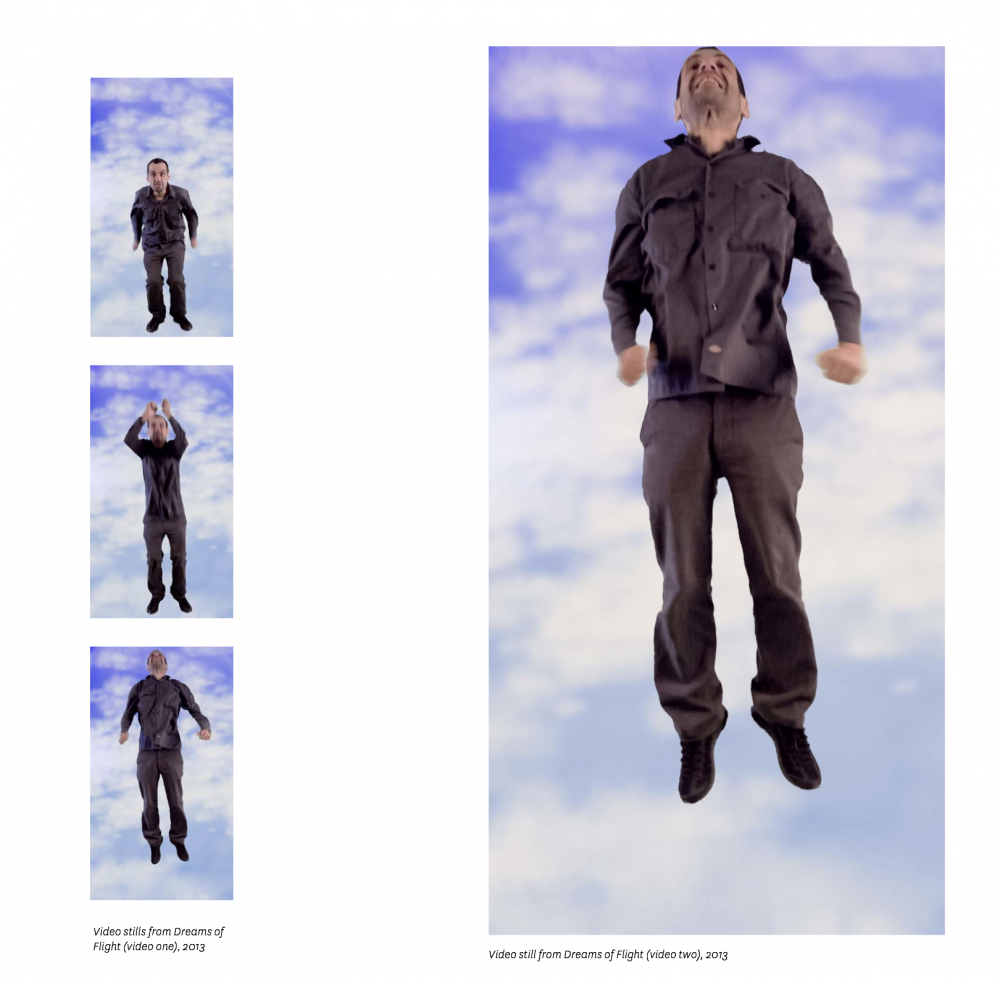 Dreams of Flight, US, 2013
Dreams of Flight is a two-channel video of an attempt to realize the power of flight — the most wished for magical ability. In Dreams
of Flight the actor jumps, and his image remains frozen in the first video at the apex of his trajectory. He then falls to earth in second video. He jumps again the second video, freezes, and falls to earth again in the first. The loop continues rhythmically, with the physical separation of the two screens serving as the momentary gap between the dream of flight and the pull of gravity.