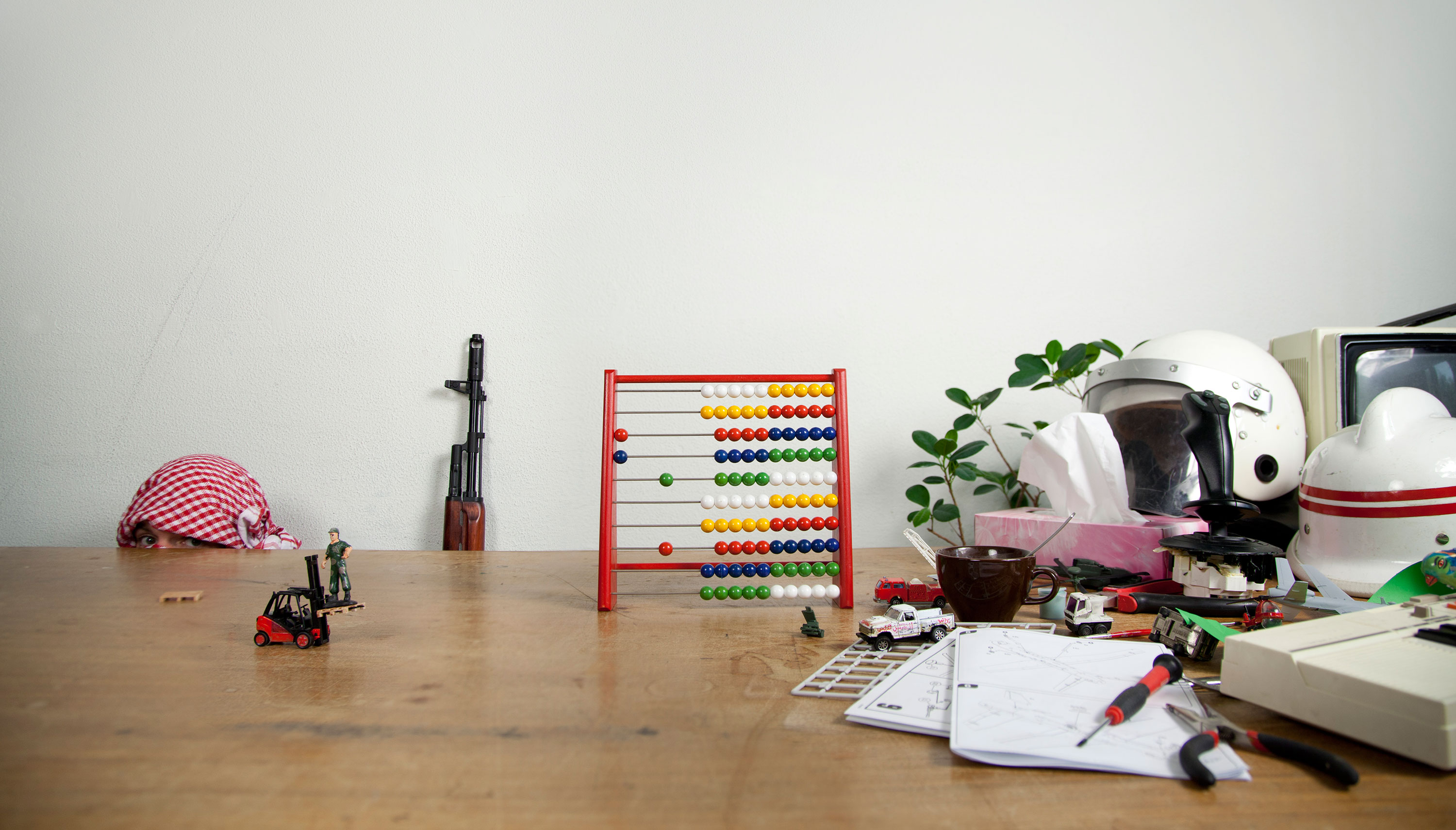 By reducing the human body, Removable by Douwe Dijkstra, creates a new imaginary space and gives sharp social comment of the contemporary society.

Douwe Dijkstra graduated in 2005 from the ArtEZ institute of the Arts in Zwolle. His graduation film The Washing Machine won several prices, including the TENT Academy Award. Since then he is sometimes working on commissioned films but most of the time Douwe participate in projects that are experimental or inquisitive in nature, ranging from music videos and short films to video installations and theatre.

The level of media saturation we’re bombarded with creates an absurd distortion and distance between our daily routine and current affairs. Démontable explores this bizarre mélange of realities by throwing the two worlds together: War is waged on the kitchen table while a man drinks coffee. The world’s on fire. Attack helicopters shred a newspaper, while a dinner plate suffers a drone strike. They’re a series of attempts to try and understand our world better by playing with its violent protagonists. The result is a playful film on the absurd relationship between daily life and global news.