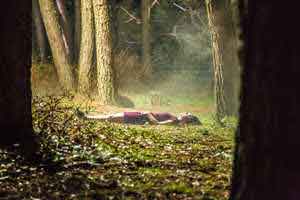 A film noted for its exceptional maturity, fluidity and visual sophistication. Inventive, imaginative and seamlessly structured, with dream-like elements finely combined within the narrative structure.

Born in Valencia in 1985, before graduating from ECAM he studied to be a Veterianarian, working for the most part in a clinic for exotic animals, where he made his first short films using medical devices.

One night, a young girl gets lost in the lamp shop where she works, there ghosts and visions scares and attracts her at the same time.

The ECAM, School of Cinematography and Audiovisual of the Community of Madrid, was created in 1994, by decision of the Ministry of Education and Culture of the Community of Madrid, the General Society of Authors and Editors (SGAE), the Academy of Arts and Cinematographic Sciences of Spain (AACCE) and Entity Management Copyright Audiovisual Producers (EGEDA). It is a high school training in various specialties that make up the film and audiovisual profession.