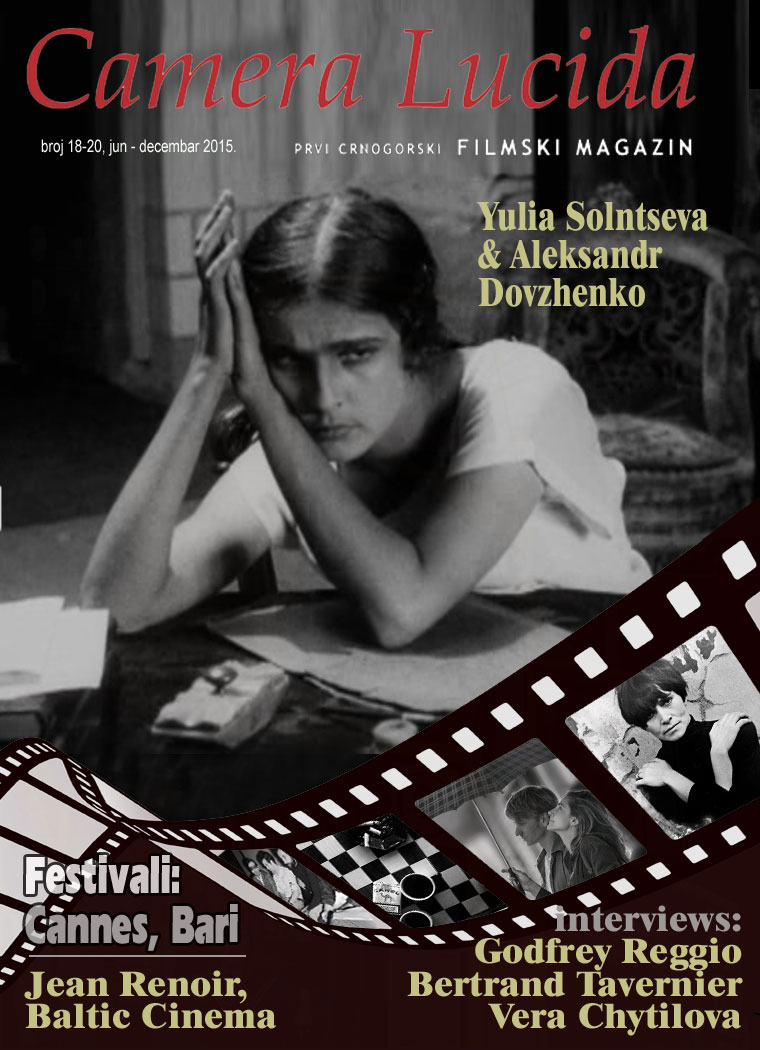 Camera Lucida (www.cameralucida.net) is the original and, in the Balkans, a rare multilingvistican magazine from voluntary international team, dedicated to visual culture and film, primarily with the aim of moving the boundaries of film knowledge, education, film institutions and production. Rethinking and re-interpretation of theoretical concepts and frameworks – past and present – investigate the possibilities for future filmmaking.

MISTAKEN FOR A STRANGER