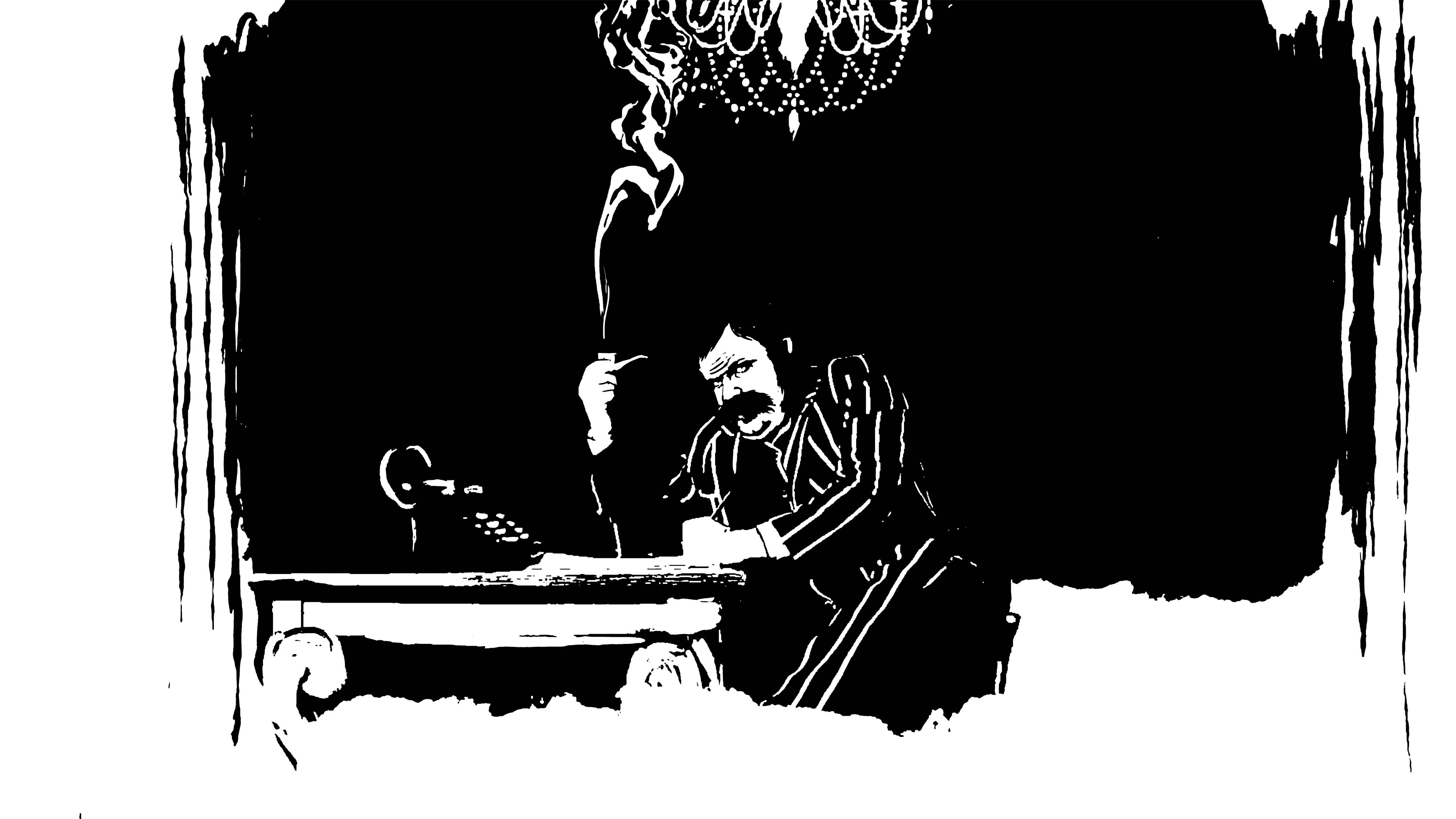 Oiartzun, 1980. While studying Fine Arts in Bilbao, he already published comics in Napartheid. After obtaining his degree he drew storyboards for Julio Medem and Juan Carlos Fresnadillo (28 Weeks Later). Settled in his home town, he writes and directs his own film productions.

Eugenio heads axe in hand to Don Miguel’s pharmacy, plethoric. Don Miguel only has to sign a few documents in order that the Bank will finally lend Eugenio the money he’s asked for. But instead of signing them and making Eugenio’s day, Don Miguel makes him a deal.