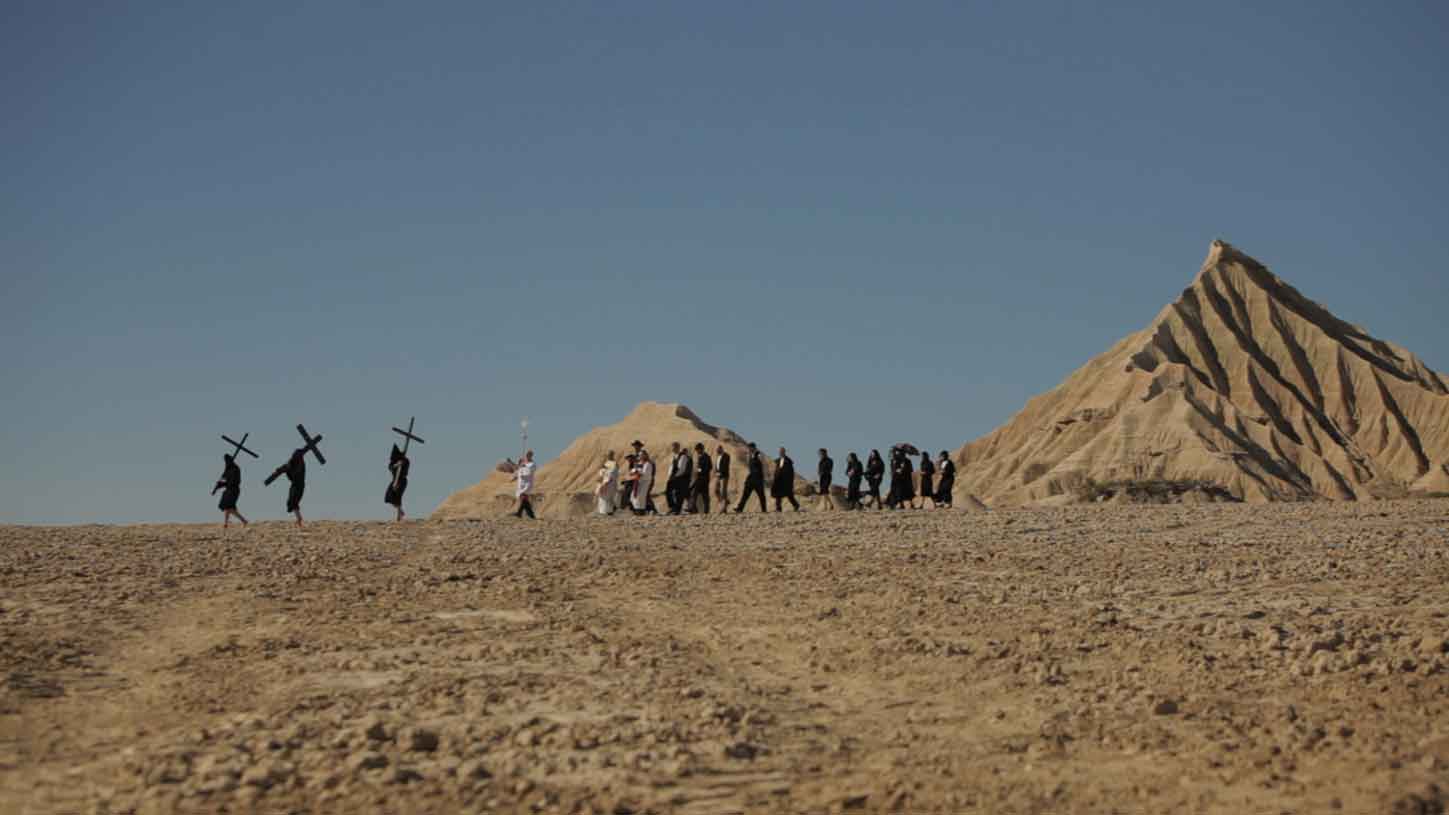 Bergara, 1969. After working as a technician in several feature films, he took to film directing with Telmo Esnal; the two joined hands to write and direct the short films Txotx and 40 ezetz, the feature film Aupa Etxebeste! and the TV series Brinkola.

Arid soil, sun, wind. A procession crosses the landscape. The echoes of their prayers bring the rain.