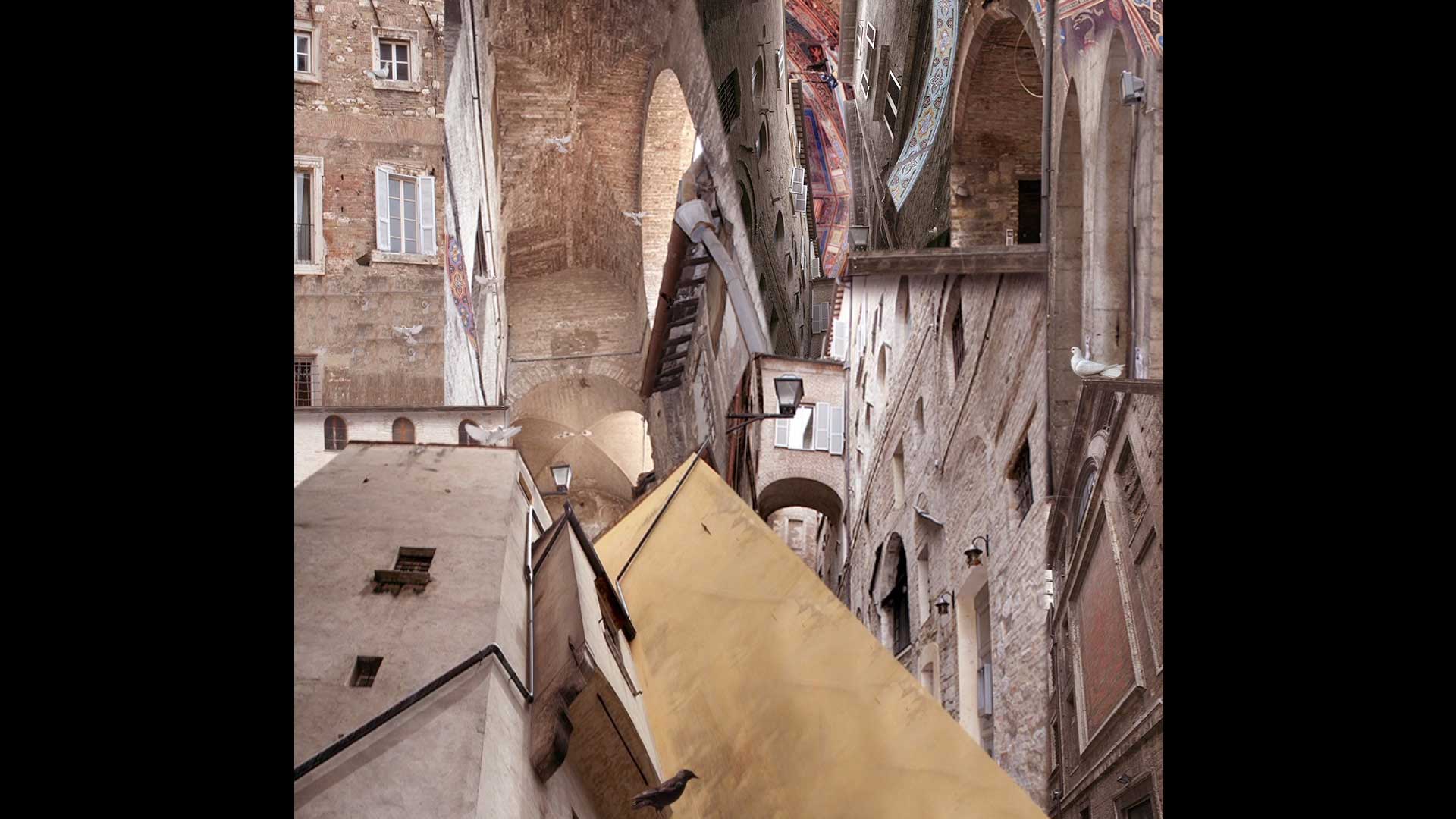 Silvia De Gennaro lives and works in Rome. For fifteen years she has been dealing with video art and animation. Her works have participated in several festivals around the world. Her work is divided between  social and political themed video and a project about the city entitled “Travel Notebooks”.

“Perugia” is part of a series of works titled “Travel Notebooks”.In this project the videos are like carillons and puzzles, that try to show the essence of a town in its manifold aspects and its motion. At the same time, they want to describe the emotional and cognitive process that takes place in the traveller mind.