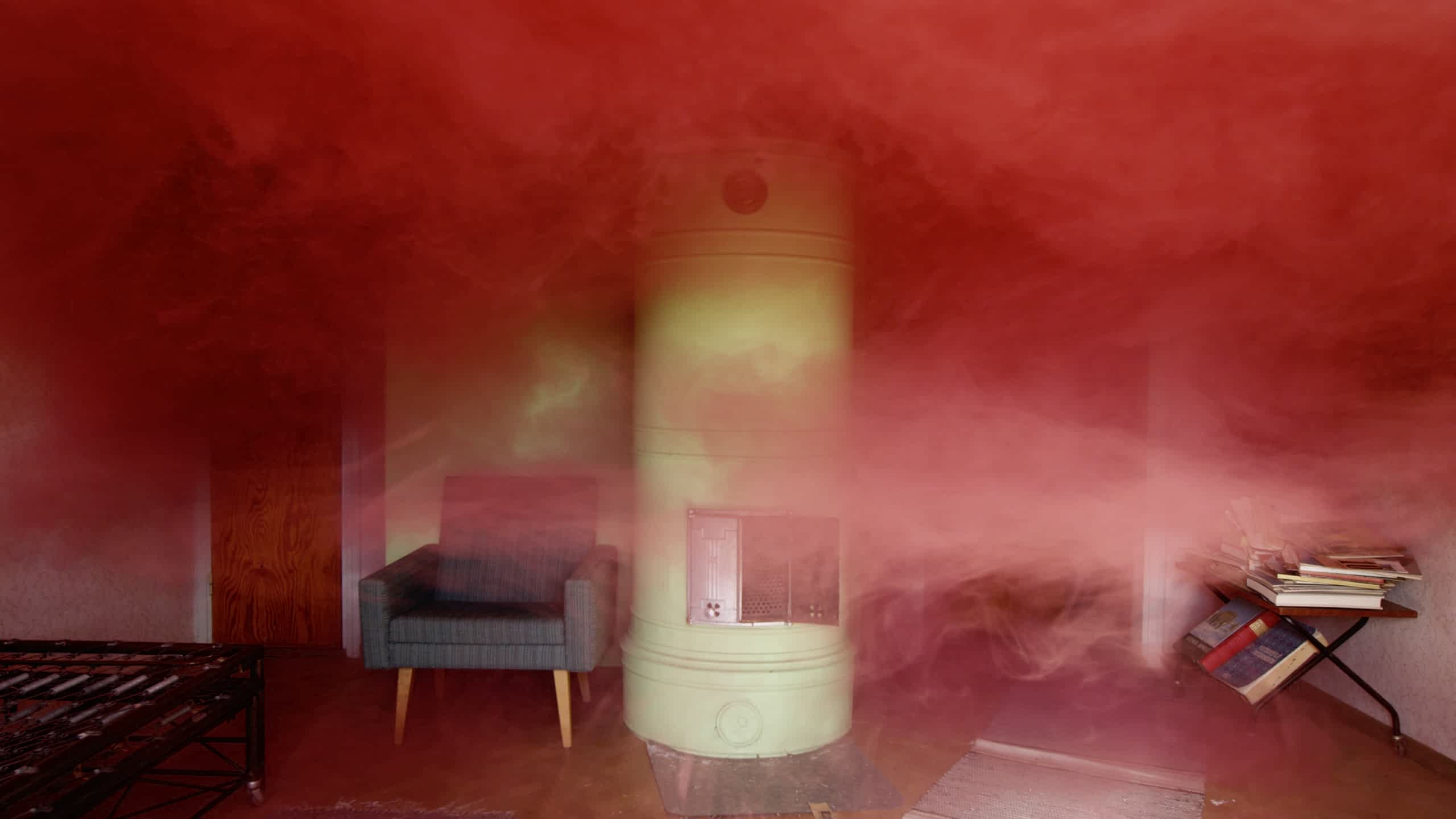 Timo Wright is a photographer and media artist based in Helsinki, Finland. Wright has graduated with MA degree from the Aalto University School of Art and Design in Helsinki in 2012. He has participated in domestic and international exhibitions since the early 2000s including Gallery Forum Box in Helsinki (2014), Helsinki Art Museum’s Kluuvi Gallery (2013), Photographic Gallery Hippolyte (2008) as well as festivals such as Japan Media Arts Festival in Tokyo and Stuttgarter Filmwinter in Germany (2014).

An abandoned house, furniture strewn around, discarded. Slowly, a red smoke starts to pour in through the doors. Eventually the whole house is engulfed with the smoke that hides everything from our sight.