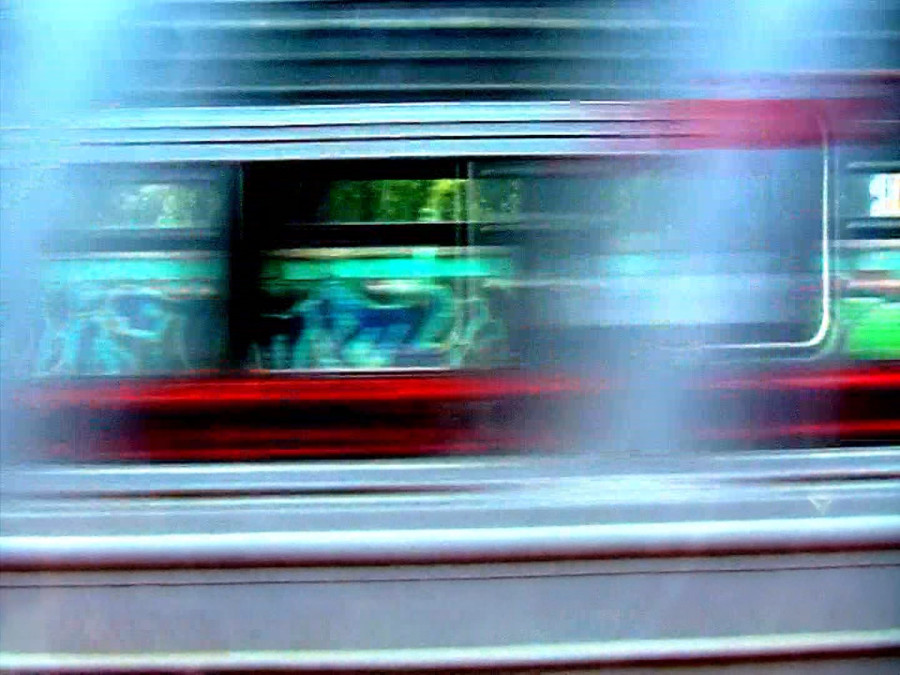 Sami Ala studied painting, 1998-2002. After he presented his painting in two solo exhibitions. Then he changed his media to video because he felt that it responded better to his ideas. He has written and directed works that deal with death, dreams, religion, and the human subconscious. His works has been exhibited in Finland, private and group exhibitions and festivals in Europe, Asia and America.

The different rhythms, created by the colour and shape patterns of passenger and cargo trains as they pass by intrigued me. They were filmed on my way to Udmurtia, Russia. On the shores of the Kama river I met an unusual musical ensemble: the Kama river rhythm boys. Their self-made instruments consisted of different lengths of timber logs, suspended from a cross-beam and beaten with short timber sticks. I wanted to combine these two elements: single percussion music and constantly changing, almost abstract images that reappear at varying speeds, created by trains whizzing by on the adjacent track. Added to the soundtrack are poetry recitals, song and other human voices, recorded in the villages of Vartzi-Jatsi and Alnashi in Udmurtia.