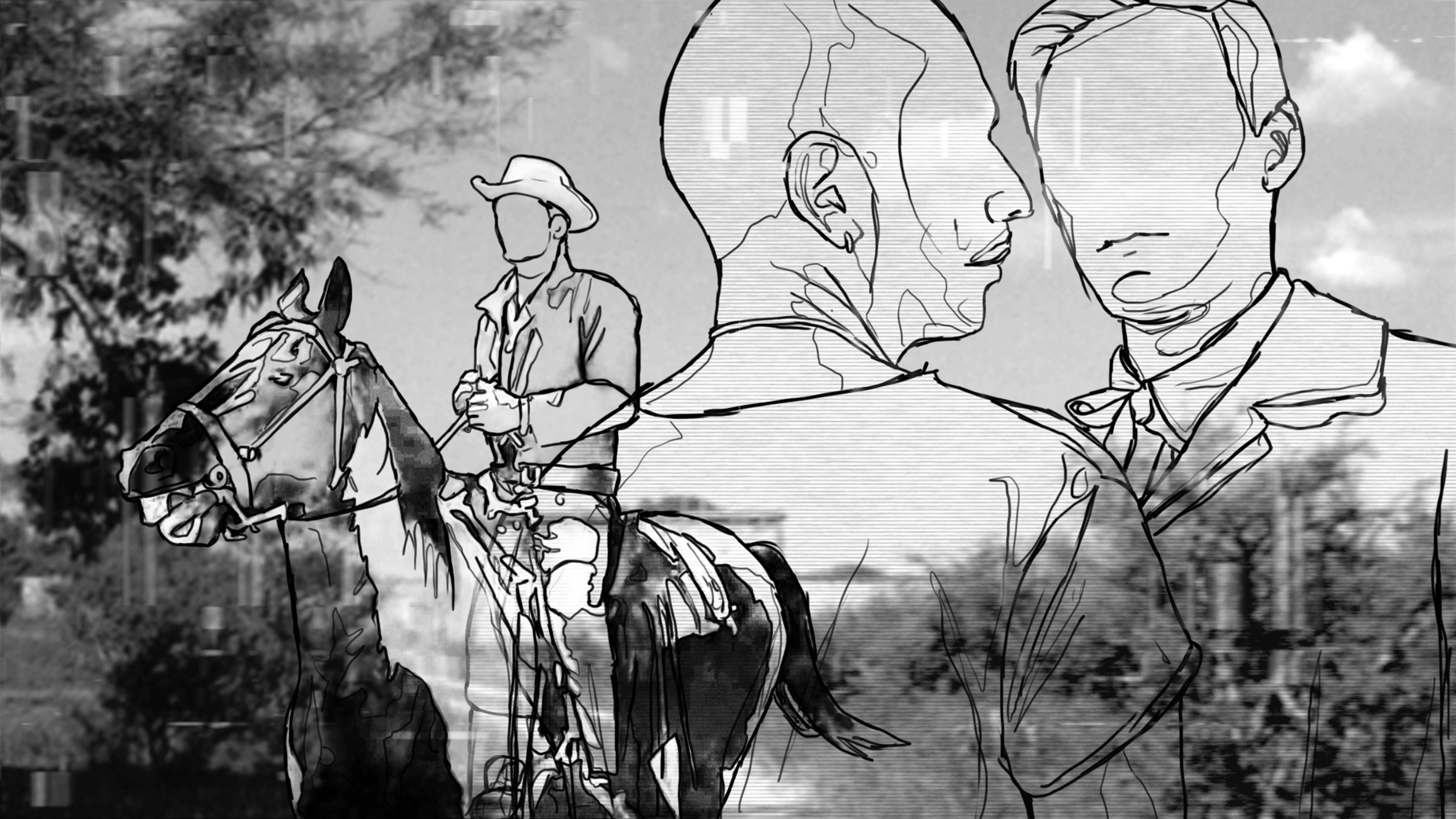 Adrian Garcia Gomez is an interdisciplinary artist working in film/video, photography and illustration. His artwork, which is largely autobiographical and often performative, explores the intersections of race, immigration, gender, spirituality and sexuality.

La Mesa explores the intersections of memory, identity and queer desire. Stories of a childhood in rural Mexico as told by the filmmaker’s father are interwoven with queered reenactments featuring the filmmaker as the romantic lead opposite the male actors of the old Mexican films from his youth.