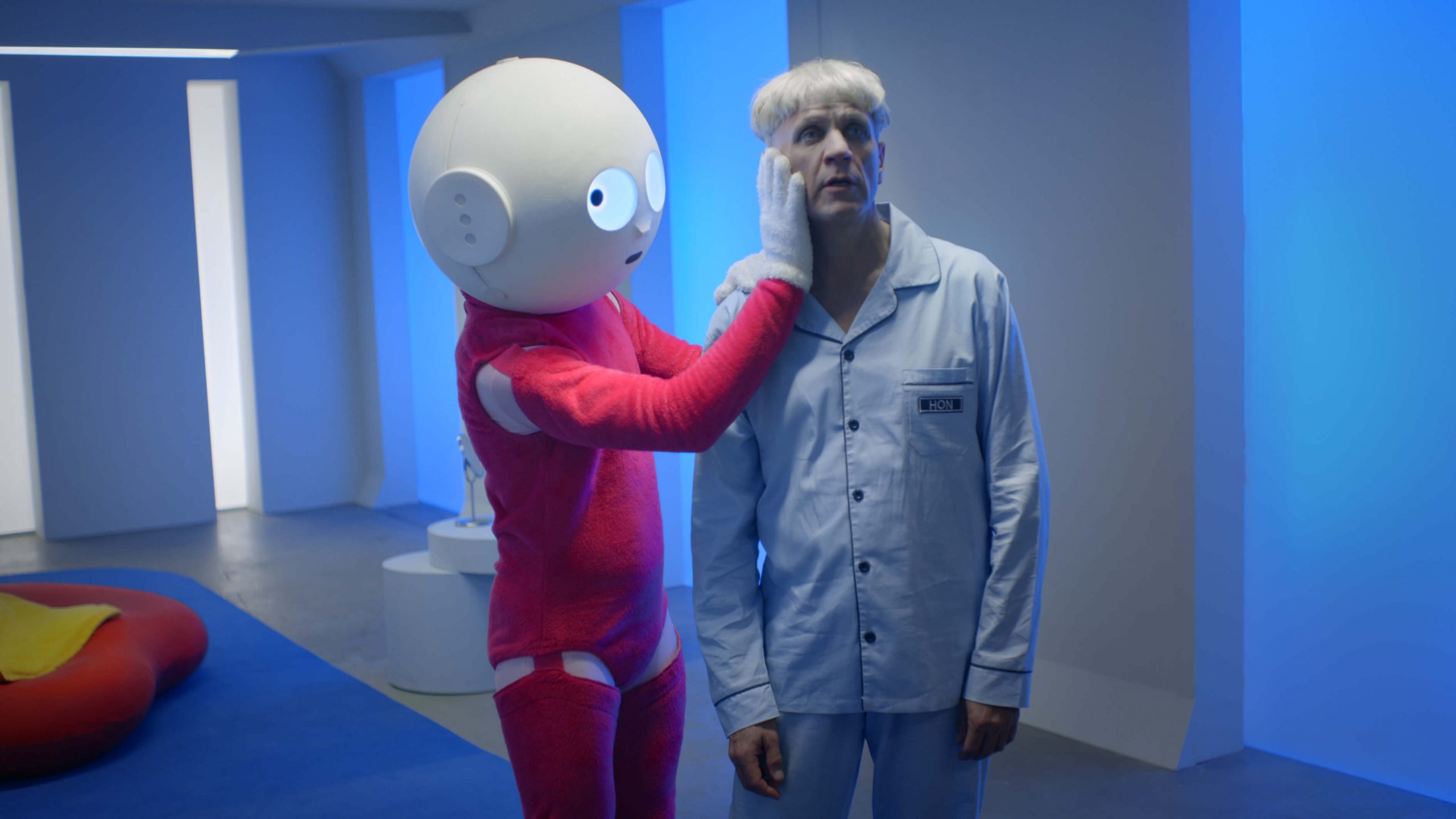 Originally rooted in an experimental film context German-Norwegian artist Bjørn Melhus has developed a singular position, expanding the possibilities for a critical reception of cinema and television. His work has been shown and awarded at numerous international film festivals and exhibitions.

SUGAR, an emotional robot with a soul, fights against the narcissism of socially deadened humans.