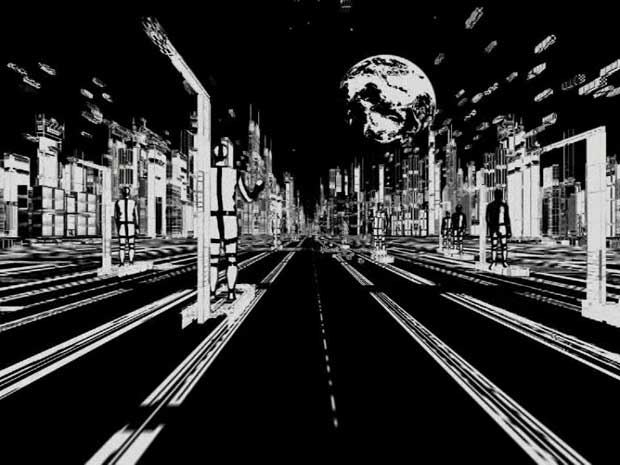 In a space that looks like a town or a factory, but could just as well be the inside of a computer, a robot-like figure is moving along. The camera zooms in on a kind of small cabinet that seems to suck the viewer in. Some elements are being added to this technological, geometric environment, which bring about rearrangements and transformations here and there. Spontaneous modulations create a proliferation of colourful, organic forms. With their tentacles grasping around them, these organisms gradually and increasingly take possession of the space. An aquarium-like underworld, in which an aggressive struggle for life is taking place, then replaces the orderly universe where the viewer’s trip began.

Just Say NO to Family Values