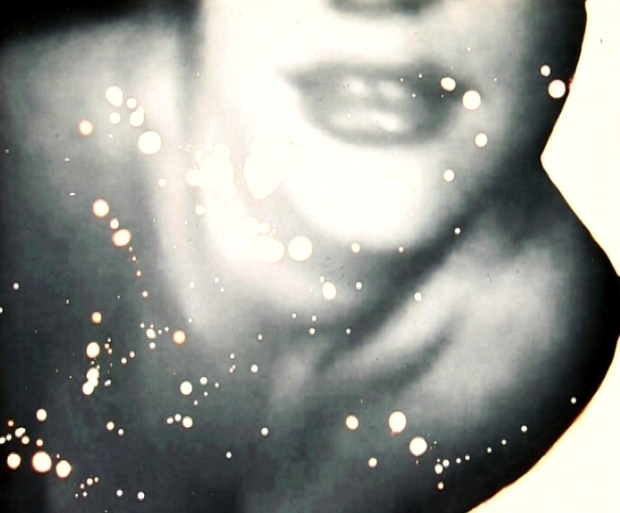 „dead SEEquences“ is a video composed of 3770 frames. Working frame by frame, we find that nothing happens inside each single image, but all pass between the frames, in the invisible gap that separe a frame by others. The film is here, but there isn’t something to see, the most important remain invisible and uncertain. There is no truth to discover. The truth is always elsewhere.
This is a study about the vanishing of an image. It’s the image of a naked body, the most tangible and real thing for a human being. Not a body, but the image of a body. In this gap operate the principle of disappearance: between the object and his image there is a distance, a limit, a separation; this is the functioning of language, the only way we know to relate with the world and the others. Between each word and his meaning we find this distance as an original sin, a gap where the world disappear to be speaked. To communicate, the world and the human being have to disappear.

SPAM the musical (THE LONELY GIRLS)

I Left My Silent House