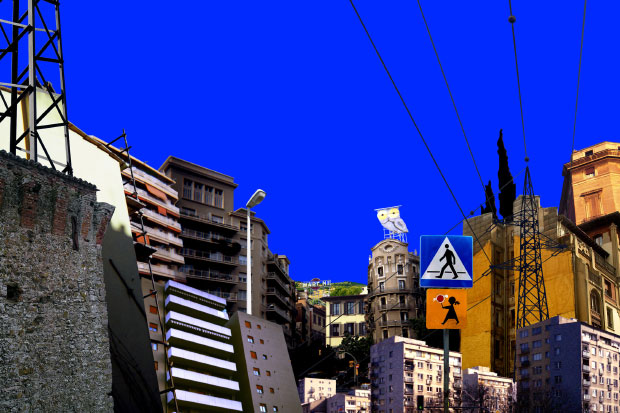 „Paesaggio Composto (Composed Landscape) #3“ is the third version of a video series born in 2008. „Paesaggio Composto“ is a game of the view. It moves in a landscape that changes continuously, that reveals new looks, that regenerates new points of view.

VIDEO: „Paesaggio Composto #3“ is created compositing 70-80 analogic photographs and moved in a tridimensional space with After Effects.

PHOTOGRAPHS: they belong to my collection of urban and natural landscape pictures. Thay are taken in Barcelona, Bilbao, San Sebastian, Berlin, Warsaw, Lerici, Florence, Rome, Perugia, Gubbio and Marina di Camerota. I used a Holga with 120 slide film. I modified them with Photoshop.

SOUND: This is the first time I use sounds in „Paesaggio Composto“. It’s made manipulating urban and natural sounds. Normally I show the video as a window, as a pure image.

I Left My Silent House