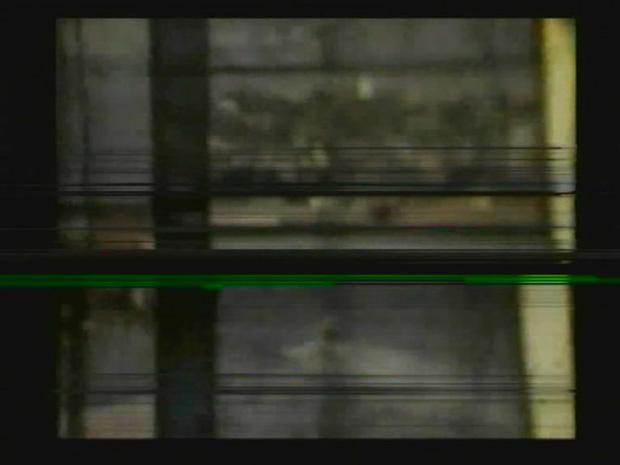 Source material is a found footage super 8 film. The visual carrier was attacked in a multitude of ways. It was scratched, cut open and violated. Thorsten captured an attempt to screen it. There it burned and was destroyed by the projector (Sorry little film)… Even though this might sound very negative and destructive, the goal was an almost humanist one: Unification of the digital with the analogue world. They seem so far apart and yet they aren’t. By exposing every material’s weaknesses and injuries it was made one. It’s all visual sensations in the end.