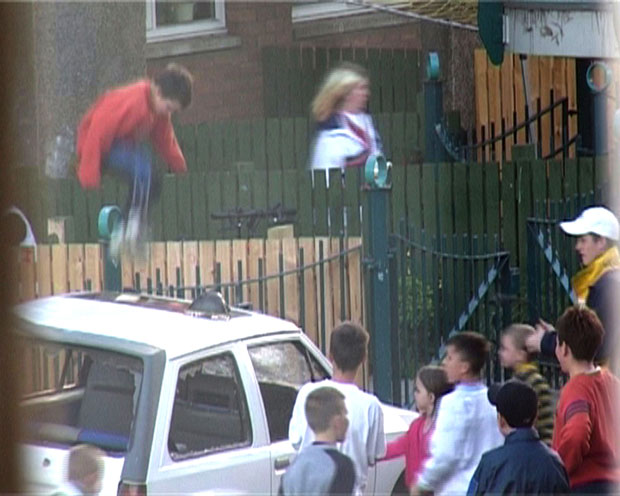 The film casts a precise and pertinent eye on a daily urban reality in an unspecified British suburb. Presenting a fine balance between reality and its representation, the film’s subtly edited movements shift its perspective back and forth between reportage and a form of social voyeurism. The work questions how ideas about „them and us“, social coherence, family and community ethics are constructed.

Installation for the defense of romantic nature in German living rooms