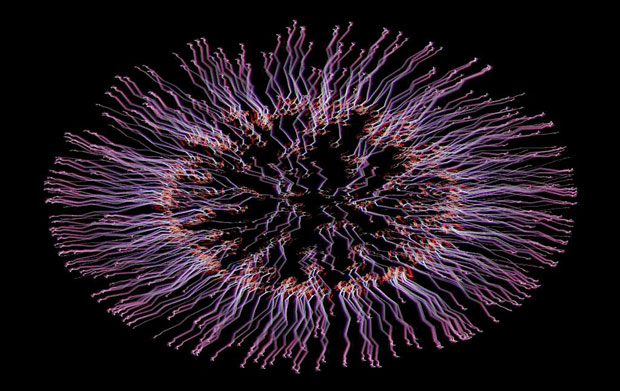 A Diamond Forms Under Pressure
A Diamond Forms Under Pressure, is an anomaly that exists somewhere between experimental film and music video, computer animation/ programming, science and art
An improvised electronic soundtrack drives proprietary software, which analyzes the frequency content of the audio and generates a cogent synchronous image in real-time. Frequencies push and pull against each other stabilizing or agitating the central image.