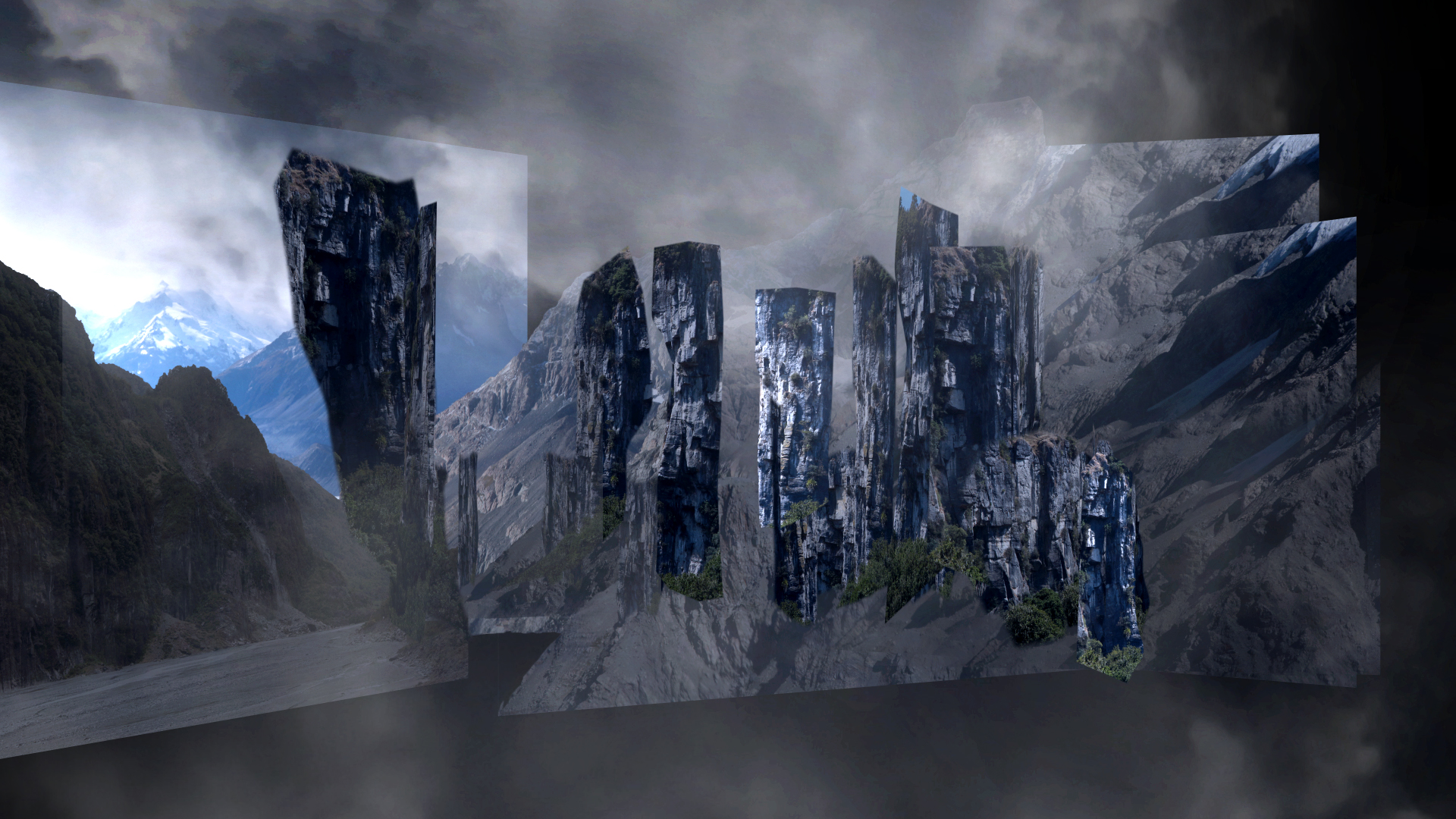 In Establishing Eden, Broersen & Lukács focus on the establishment shot: the moment a landscape is identified and becomes one of the main protagonists in a film. In blockbusters like ‘Avatar’ (James Cameron, 2009) and the film series ‘Lord of the Rings’ (Peter Jackson, 2001-2014), these shots have been used to capture and confiscate the nature of New Zealand, propagating itself as a new Eden, evergreen and unspoilt. Here, fiction takes over reality: mountains and forests exist under the name of their cinematic alter-ego’s.

Broersen & Lukács travelled through the wilderness of New Zealand to capture these landscapes, and with that, they appropriate the nature of New Zealand once again. Creating an architecture of fragments connected by the camera-movement of a perpetual establishment shot, they show this Eden as a series of many possible realities, an illusion that just as easily comes together as it falls apart.