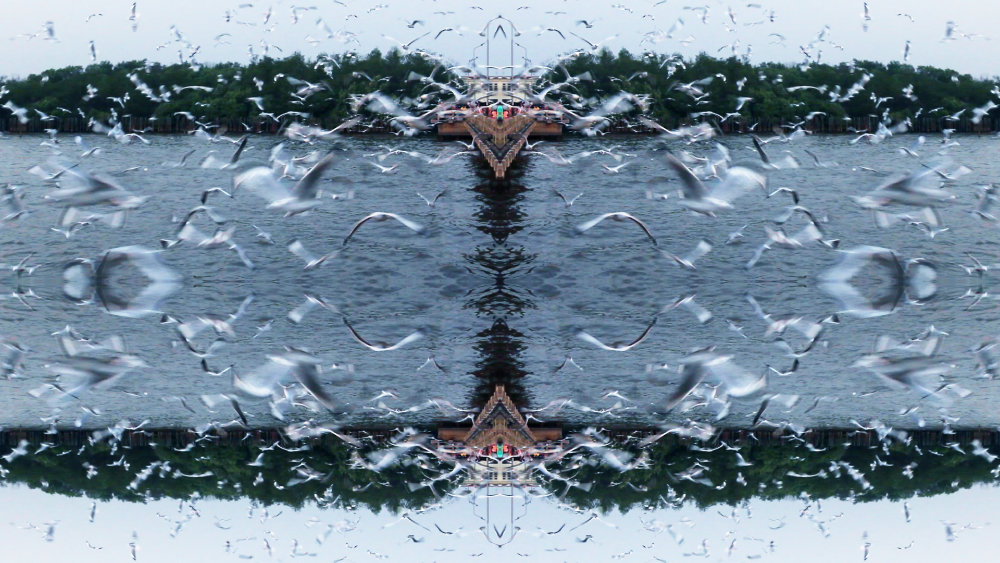 Jung-Chul Hur is a Korean media artist, designer, curator and academic. He is currently a lecturer of Media Arts program at KMUTT, Thailand. His experimental videos have been shown at over 150 international festivals, galleries and on TV stations in Asia, Europe, and South and North America.

“Frantic 2015” is a continuation of the artist’s earlier piece “Frantic” which produced in 2004. Eleven years later the artist revisited same location and filmed massive bombardment of flying birds and digitally transformed, introducing a benign view towards frenetic feeding frenzy of frantic birds and people watching the birds.