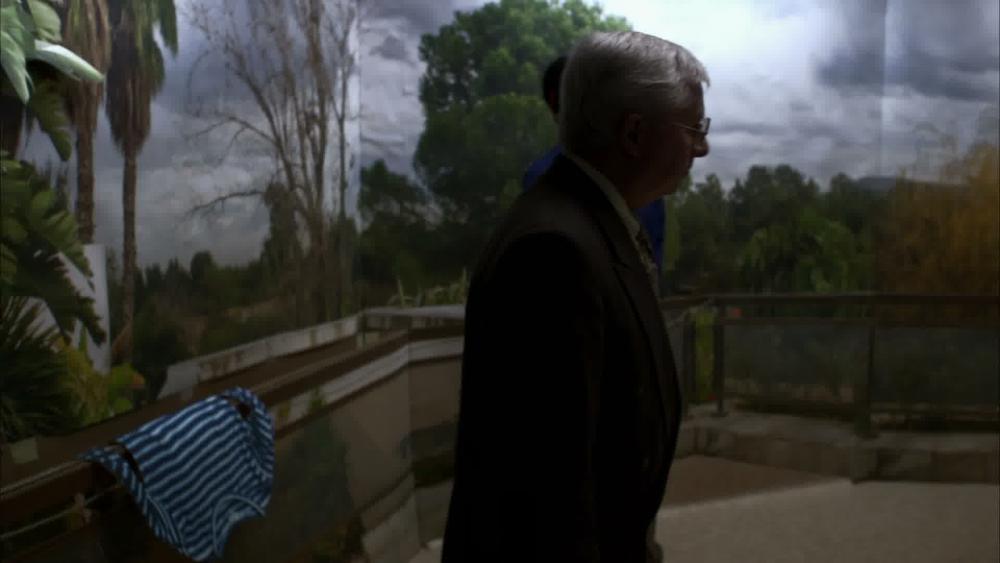 This work reconstructs memory with few very suggestive elements. It is a complex experiment in the layering of multiple levels of representation.

A luxurious villa in Algeria, built in modernist style, is the setting for the action in this film. Or actually, it isn’t. In fact it is a reproduction of a villa, fabricated from cardboard with photographic wallpaper pasted onto it. Against this disorientating background various people talk about the period when the house was in the possession of terrorists, who were supposed to have used it as a hideout for a while…
Neïl Beloufa based his film on an event that actually happened: the raid on a villa near Algiers by terrorists in the 1990s.