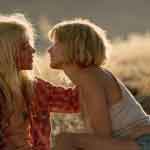 Amanda Milius was born in Los Angeles, the daughter of director/writer John Milius and actress Celia Kaye. After working in fashion photography for several years, she left to go to the USC School of Cinematic Arts, where she made several films and recently completed her thesis film, The Lotus Gun.

In a rugged, post-apocalyptic terrain, Nora and her lover Daph live an idyllic life until a stranger arrives on their land.

The mission of the USC School of Cinematic Arts is to develop and articulate the creative, scholarly and entrepreneurial principles and practices of film, television and interactive media, and in doing so inspire and prepare the women and men who will become leaders in the field.