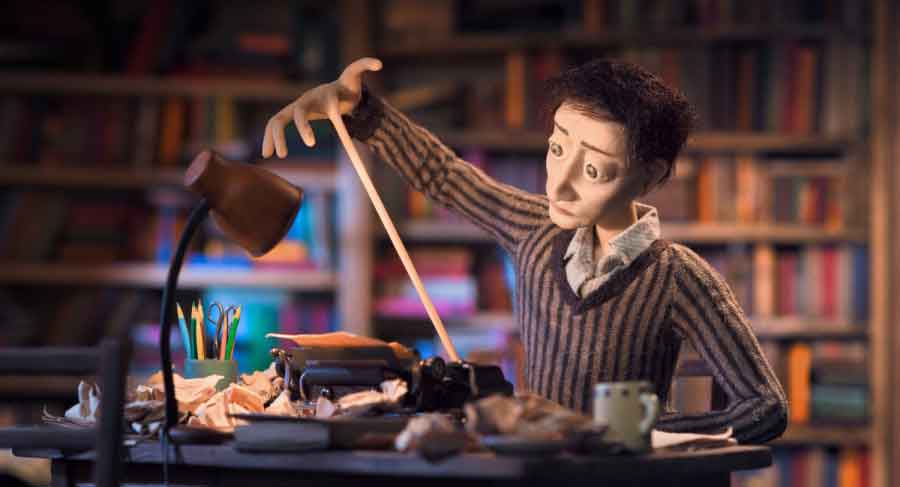 After graduating in Graphic Design in 2002, she continued her studies at the Academy of Media Arts Cologne, Germany. During her studies, she made two puppet animations that gained international recognition; Mate to Measure, (2004) and Lovesick, (2007). Since 2008 Špela Čadež has been working as an independent animation film director and producer.

Filip lives in a poor neighbourhood. He dreams of writer’s glory and luxurious lifestyle in a more prosperous part of town. One day Filip gets a knock on the door. His neighbour Tereza, an older prostitute that Filip tries to avoid by all means, asks him to write a letter for her fiancé. Filip agrees. And it would all end up fine if a week later Tereza would not show up at his doorstep again, asking him to write an answer to the previous letter.