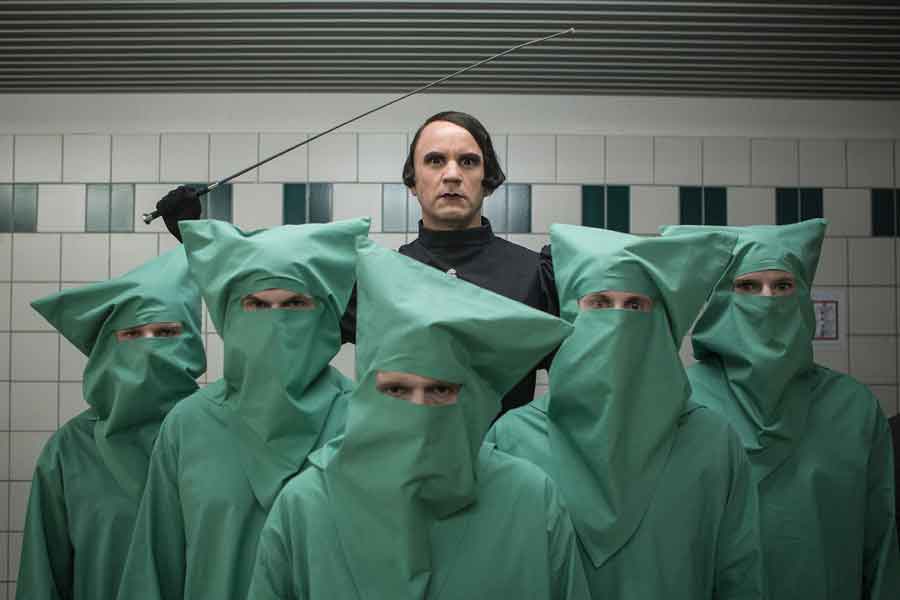 An outstanding video art work incorporating a wide range of media and diverse stylistic procedures ranging from modern cinematic aesthetics, subversive theatrical means, and multifarious video and television effects, creating a richness of associations with masterly constructed artistic images. A refreshing social critique realized in a nuanced and exceptionally playful ironic manner, all perfected with sophisticated and subtle humour with an empowering tone.

Bjoern Melhus born 1966 is a German-Norwegian media artist. In his work he has developed a singular position expanding the possibilities for a critical reception of cinema and television. His practice of fragmentation destruction and reconstitution of well-known figures topics and strategies of the mass media opens up not only a network of new interpretations and critical commentaries but also defines the relationship of mass media and viewer anew.

FREEDOM & INDEPENDENCE is a tour de force that oscillates between musical, comedy, horror film and fairy tale and deals with neo-liberal elitism and media phantasies of religious prophecies of the apocalypse against the backdrop of a privatized habitat characterized by architectures of megalomania.