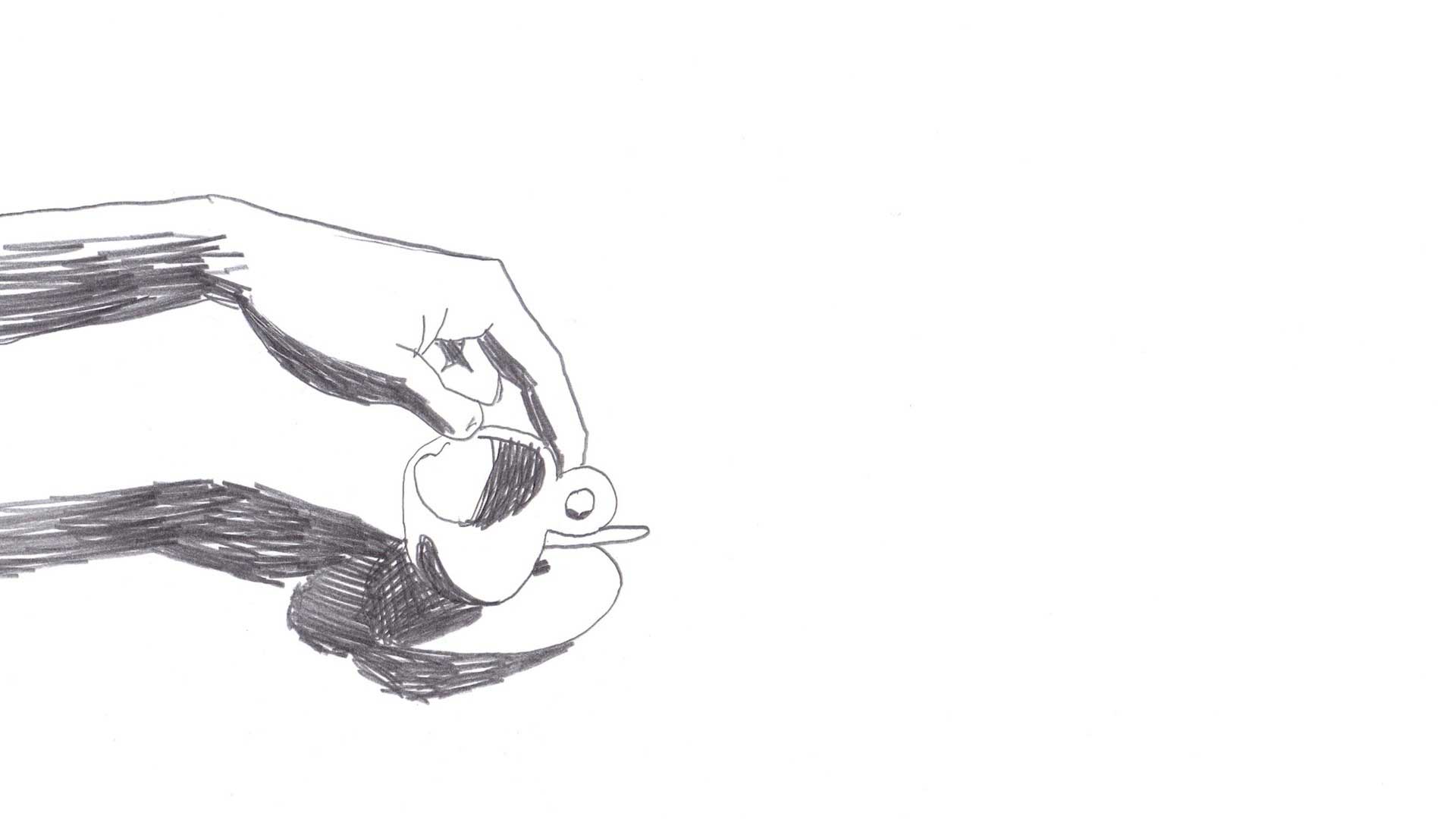 Alexander Stewart (1981) received his MFA from the School of the Art Institute of Chicago. His short films have screened internationally. He is co-director of the Eyeworks Festival of Experimental Animation. He teaches animation at DePaul University and lives in Chicago.

Here There gives graphic form to memory’s malleable, straying lines. It begins as a traveler’s sketchbook, drawn in Croatia in the summer of 2014, but details soon fade away into abstract impressions on the edges of memory.