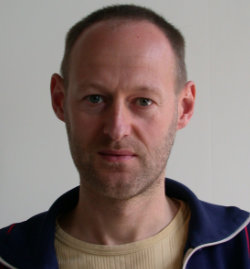 Born 1964, lives in Amsterdam, The Netherlands

Studied Cultural History at the University of Utrecht. Works for the distribution and collection department of LIMA (previously known as the Netherlands Media Arts Institute / Montevideo (NIMk)) in Amsterdam since 2012. Worked as the producer of the Impakt Festival in Utrecht from 1994 until 2000. Currently also working as a curator for Rumor Festival for adventurous music in Utrecht. And as programmer for the Short Film and sound//vision-section of the International Film Festival Rotterdam from 2009 until now.