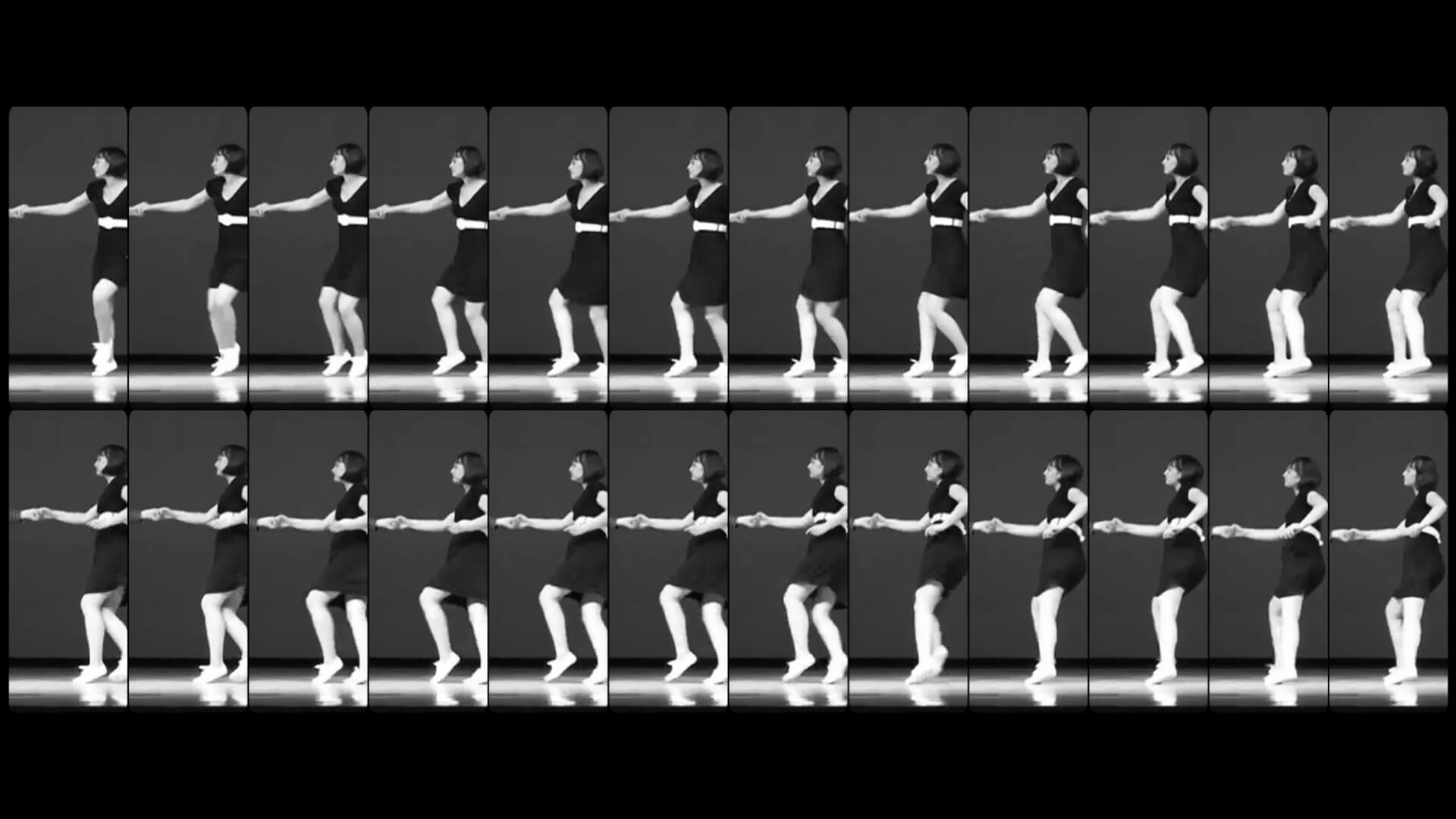 Stuart Pound lives in London and has worked in film, digital video, sound and the visual arts since the early 1970’s. Since 1995 he has collaborated with the poet Rosemary Norman. Video work has been screened regularly in London and at international festivals.

A Boogie dance performed by William & Maeva was downloaded from the internet and vertical sections taken from each frame arranged into 24 panels to show pattern and movement across each second.

First shown at the Ottawa International Animation Festival in Sept 2017.