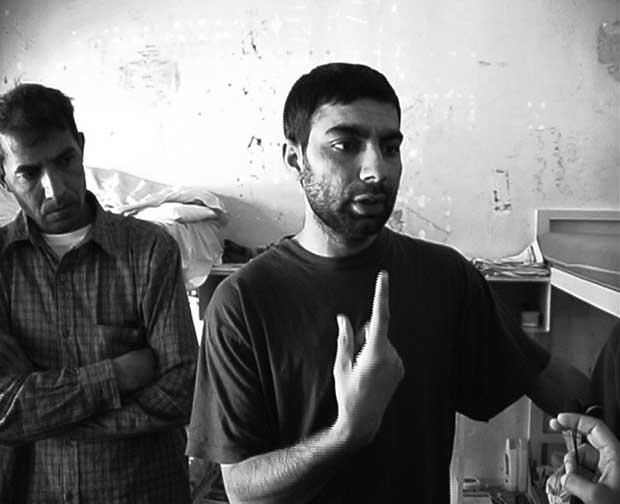 14:00, Color, Stereo
The ‘Sans Papiers’ video portrays an illegalized people in one of the major deportation jails in Germany. Interviews with detainees gives testimony to the dissimilarity of ‘Sans Papiers’ and shed light on the conditions and treatment whilst caught in bureaucratic circles of control structures. A mere five percent of imprisoned people receive ‘political refugee’ status, the only possible kind of asylum. Some 45 percent remain in Germany in limbo, without any rights. The rest is deported – continually. Germany alone expels around 30.000 people per year. Most rejected asylum-seekers cannot be expelled due to civil wars raging in their home countries, or complicated cases of ‘non confirmed’ identity… but are still kept in prison for one to six months with a maximum of 18 months, while being billed for their stay – an average of 65 Euros per day.

I am a Boyband