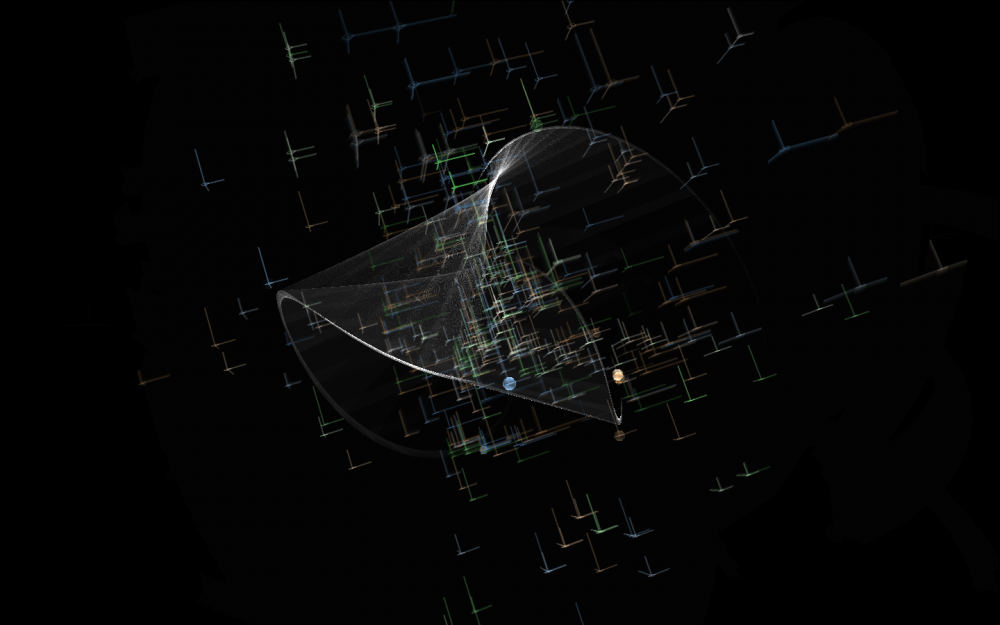 Construction in Zhuangzi, Video installation / Max/MSP/Jitter App, United Kingdom, 2012
Construction in Zhuangzi is a simultaneous sonification and visualisation of a modified Lorenz dynamical system, a three-dimensional model of convection that is nonlinear, chaotic and sensitive to initial conditions. The real-time, generative audiovisuals establish a perceptual feedback loop between the performer and the near-autonomous algorithm.

A Few Words in Favor of God

Pain So Light That Appears As Tickle