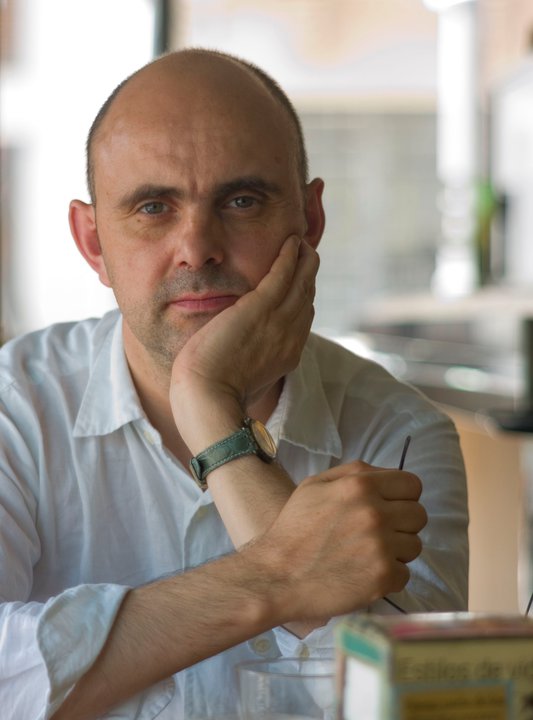 Manuel Saiz started working as an artist in the 1980’s in Spain, creating paintings, sculptures, photography and installations. He shows regularly since then in public and commercial galleries worldwide.

In 1989 he showed a group of installations at the Sao Paulo Biennale and in 1990 he took part in Artificial Nature curated by Jeffrey Deitch at the Deste Foundation in Athens.

Since 1995 he works mainly in video art and media installations. In 1998 he moved to London where he produced Video Hacking, a work that received an honourable mention in Hamburger Short Film Festival. In 2005 he produced Specialized technicians Required: Being Luis Porcar, which was shown widely and got the first Prize in the Winterthur Kurtztfilm Festival and a special mention at Transmediale 06.