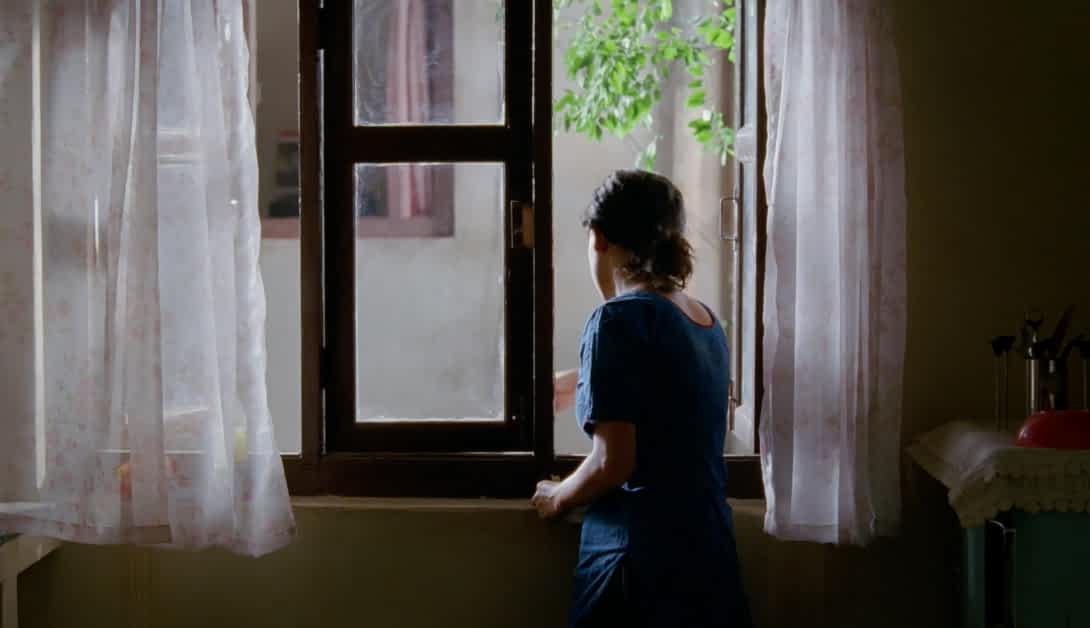 By achieving the both technical and artistic quality of film-making the movie Afternoon Clouds creates an exquisite atmosphere, pace and rytham of pure cinematic poetry.

Payal Kapadia is a filmmaker from Bombay, India. Her film The Last Mango Before the Monsoon was shown at The International Short Film festival of Oberhausen (2015) where it won the FIPRESCI Award and Special Jury Mention and the Best Film at the Mumbai International Film Festival (2016).

Kaki is a 60 year old widow who lives with her Nepali maid Malti. The film takes place on one afternoon in their house where a flower blossoms in the balcony. Malti meets a boy (a sailor) from her h Kometown unexpectedly.

Film and Television Institute of India, is premier institute imparting training in art and craft of filmmaking and television program production. Students from diverse backgrounds, core faculty and industry professionals share knowledge and expertise distinguishes FTII from other film schools.