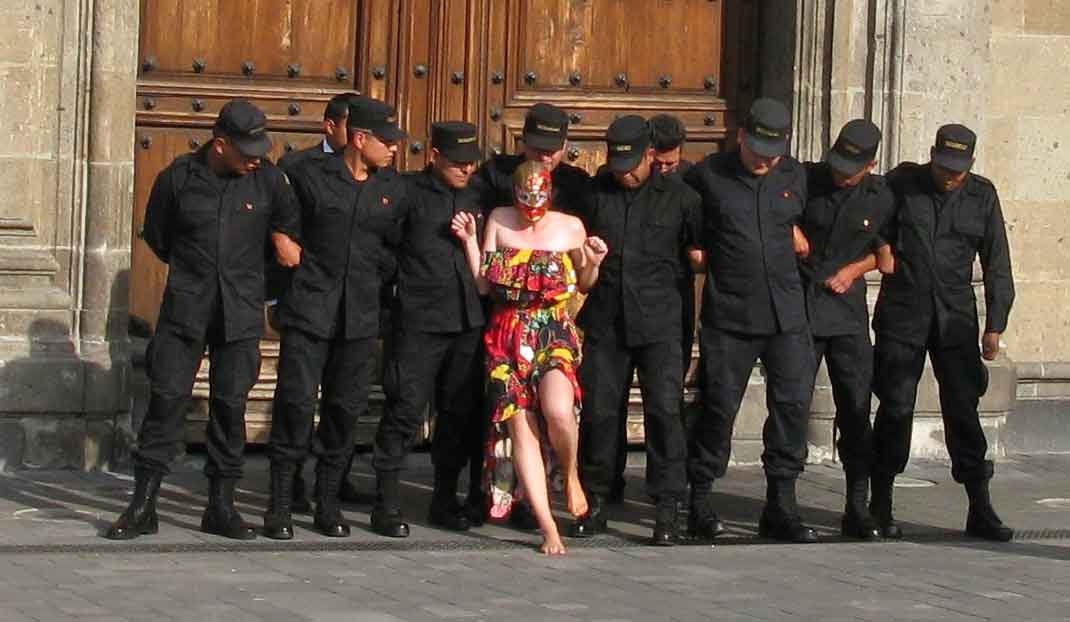 Julia Kurek (b. 1984 in Szczecin) — a Polish visual artist. She graduated with honours from the Academy of Fine Arts in Gdańsk (Faculty of Sculpture, specialization: Intermedia) (2009). She also studied at the Marmara Universitesi in Istanbul (2008—2009). In 2012, she completed her doctoral studies.

Lucha Libre fight are part of the cultural identity of the country. The impetus for the implementation of the performance Lucha Libre in front of the Presidential Palace was the analysis of the political situation in Mexico.