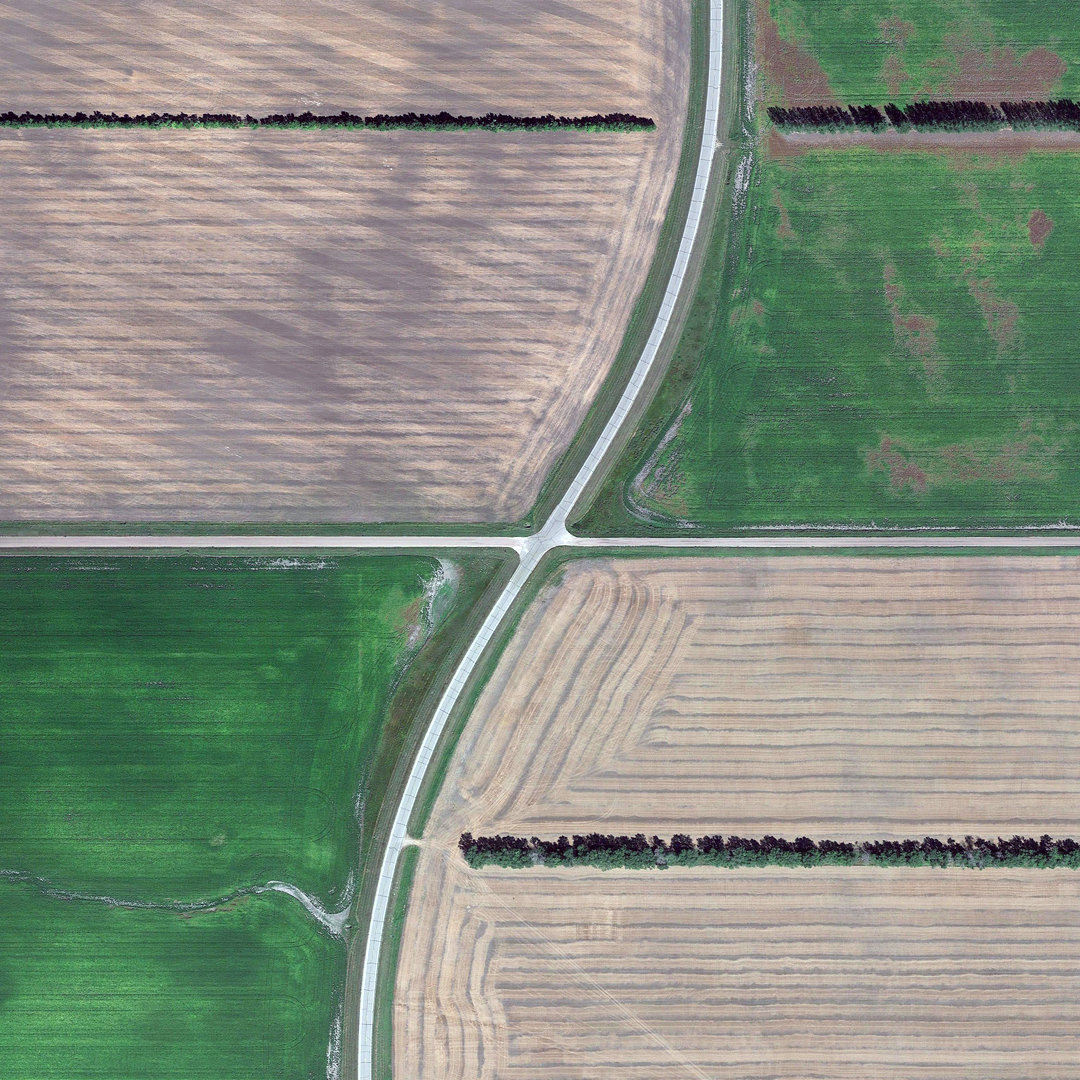 This film was made mining the Thomas Jefferson’s Grid in Google Earth. By superimposing a rectangular grid on the earth surface, a grid built from exact square miles, the spherical deviations have to be fixed. After all, the grid has only two dimensions. The north-south boundaries in the grid are on the lines of longitude, which converge to the north. The roads that follow these bounderies must dogleg every twenty-four miles to counter the diminishing distances: Grid Corrections. Since the Land Ordinance of 1785 which first started mapping the United States to promote the development, much of the country is divided into a grid system that form squares. Nowadays many roads in the western states follow this grid and all 38 km is an intersection with roads that are slightly offset for no apparent reason. In reality these detours are necessary because as the roads are perfectly straight it is necessary at a time to catch up with the curvature of the Earth. Dutch photographer Gerco de Ruijter has been interested in this phenomenon and has gathered numerous aerial photos he has assembled in the video above.