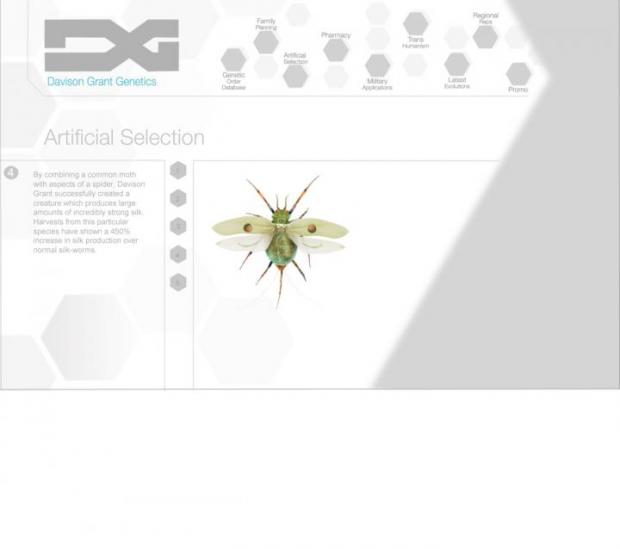 Net art, US, 2011
Davison Grant Genetics is a simulated biotech company using the Internet as its primary forms of delivery. The inspiration for this project began to unfold in early 2007, and not unlike any corporation focused on global success, it has continued to rise and expand to this day. Initially, the frantic race to map and patent human DNA during the 1990’s was the most inspiring element for this project. Therein I found a complex framework to fabricate an artificial empire seemingly dedicated to healing and improving the human body through science and technology. The dream to live longer, be healthier, and appear more beautiful has been the conceptual strategy throughout the creation of this company, and one that arguably has relevance to every human being on the planet.